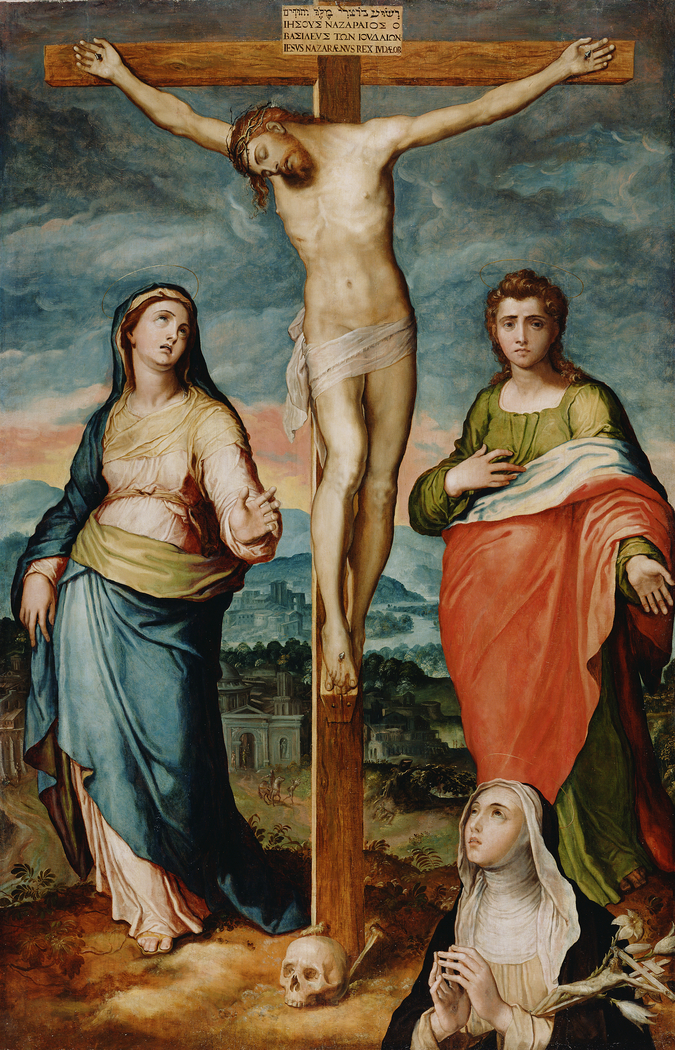 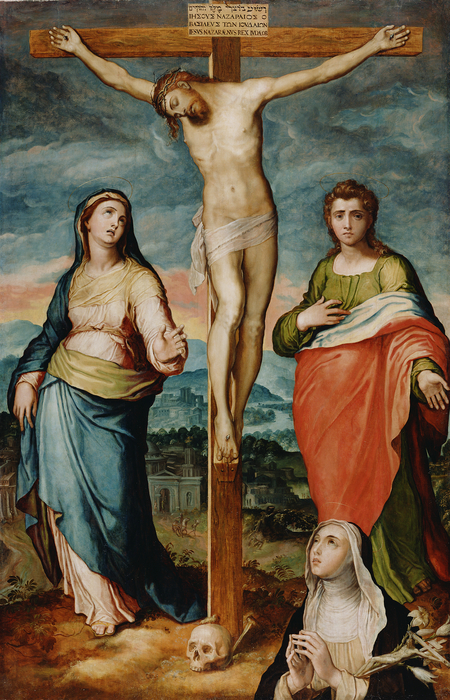 Christ on the Cross with Saints Mary, John the Evangelist and Catherine of Siena

1570
Saint Catherine of Siena, a Christian mystic and lay member of the Dominican Order, appears in half-length in the lower right corner, gazing upward at the Crucifixion taking place high in the mountains. She holds a lily and a miniature crucifix identical to the one above. Hands folded in prayer, the wounds of her stigmata are visible on her palms. The viewer's eyes follow Saint Catherine's gaze, turned to the Virgin who looks up at Christ. Saint John the Evangelist, in a bright red and green garment, looks out sorrowfully and gestures towards the observer. Like the visionary Saint Catherine, the viewer is invited to contemplate the universal significance of Christ's suffering.

Behind the figures, an extensive Italian landscape, elaborated with a winding river and a town, stretches into the background. To contrast with the somewhat static quality of the figures, Marco Pino has painted a tempestuous sky, dark blue near the top and gradually lightening into pink and yellow at the horizon, representing the darkness that came over the land for three hours when Jesus died.

License:
Courtesy of The Getty
For more:
http://www.getty.edu/art/collection/objects/637/marco-pino-… 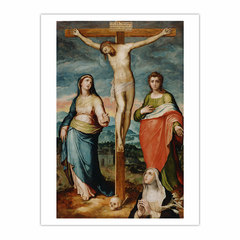