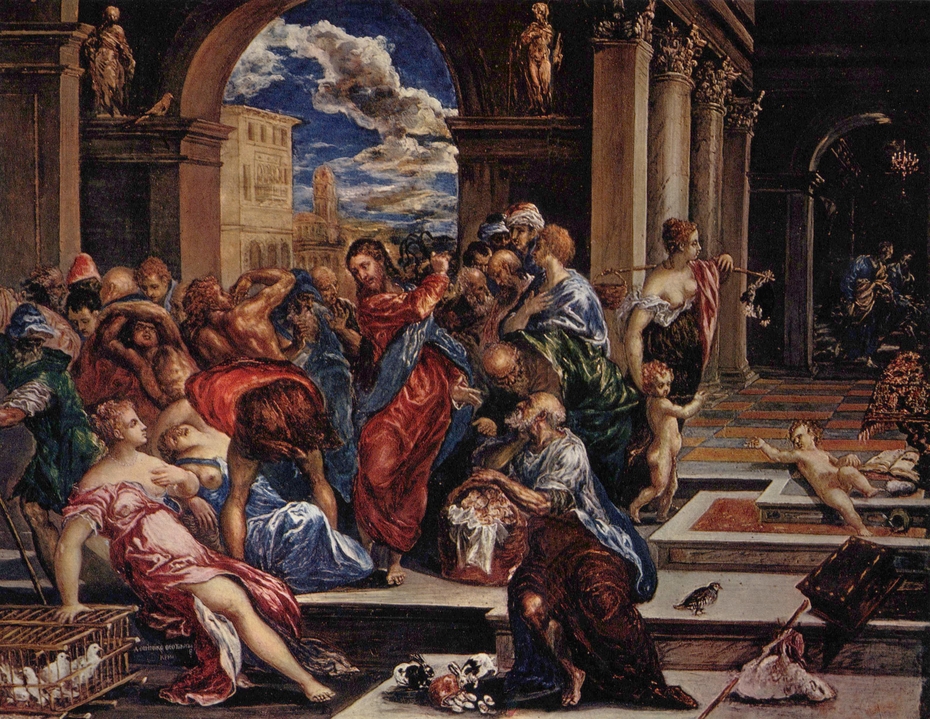 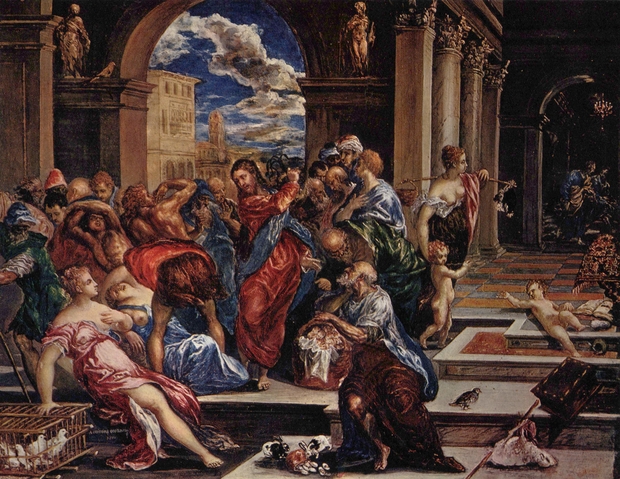 Christ Driving the Money Changers from the Temple

1570
In this tempestuous scene, El Greco depicted an angry Christ driving the moneychangers from the Temple. An uncommon theme, it became increasingly popular in the latter half of the sixteenth century, promoted by the Council of Trent as a symbol of the Catholic church's attempt to purify itself after the Protestant Reformation. Here El Greco portrayed partially draped women and bare-chested men writhing and twisting to escape the blows of Christ's scourge, emphasizing the agitation of the participants and exaggerating their irreverence. The setting is one of classical grandeur, more reminiscent of an Italian Renaissance palace than of the sacred precincts of the Temple in Jerusalem.
This panel was painted in Venice before El Greco made his way to Spain. The illusionistic space and voluptuous figures in this early work are vastly different from the flattened space and stylized forms of Byzantine art, which continued to dominate painting in El Greco's native Crete. El Greco's arrival in Venice, in about 1567, coincided with a high point in that city's artistic achievement. That the Cretan artist had absorbed the influence of the Venetian masters and taught himself a new way of painting is evident in the movement and drama, solidly modeled figures, and boldly brushed colors of this panel. The influence of the Venetians is equally evident in the elaborate architectural setting with its complicated perspective.