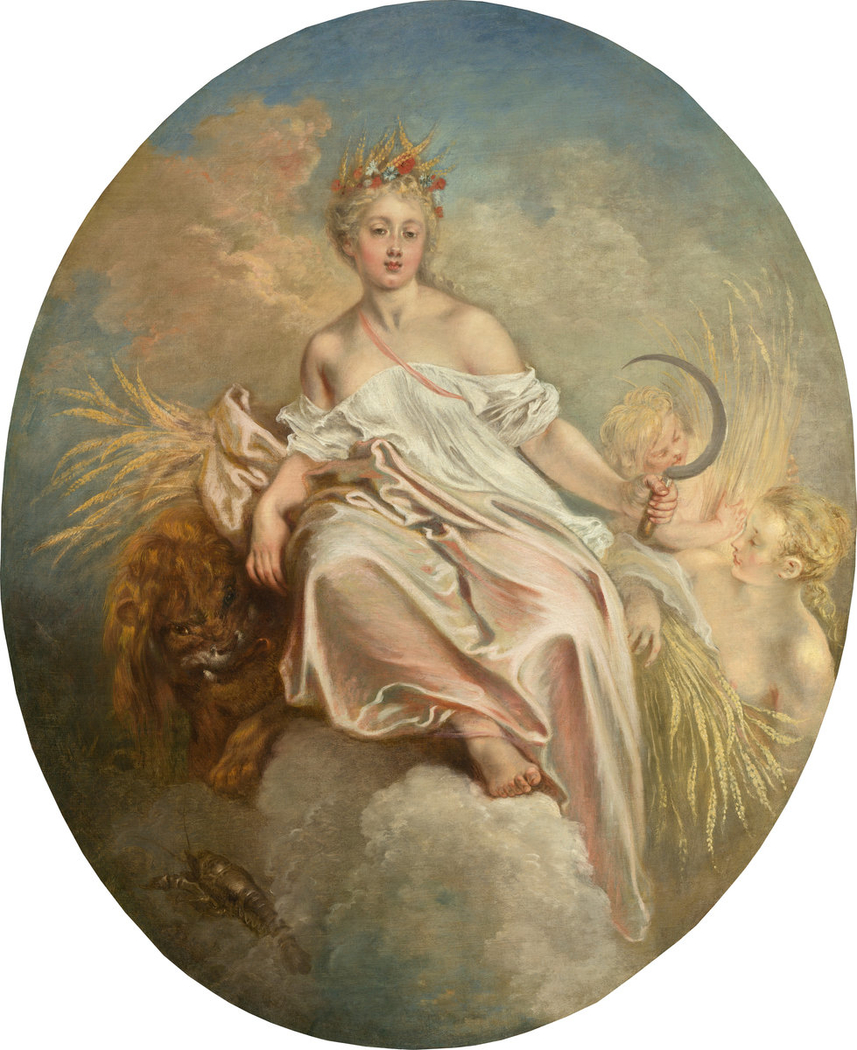 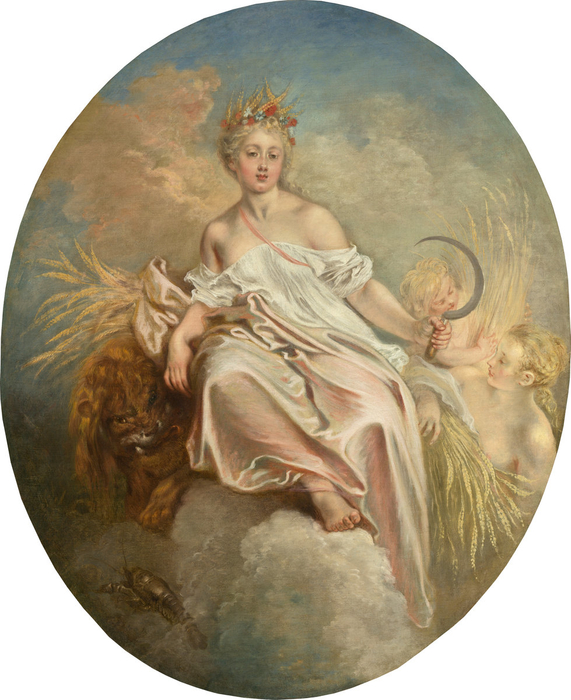 1718
Ceres, Roman goddess of the harvest, is surrounded by signs of the summer zodiac: Gemini, Cancer, and Leo. This is one of four paintings of the seasons in mythological garb that Watteau painted for the home of Pierre Crozat. None of the others survive.

Watteau lived briefly in the Crozat household, studying the wealthy banker's impressive art collection, particularly works by Veronese. The shimmering brightness and lively pastel colors in Ceres reflect the influence of the Venetian painter and soften her large figure and formal pose.

Watteau was probably introduced to Crozat by Charles de La Fosse, a well-known painter and established member of the Academy, and it is likely that Watteau painted Ceres after sketches made by the older artist. Their collaboration stands at the transition between the monumental forms of the preceding century and the rococo.