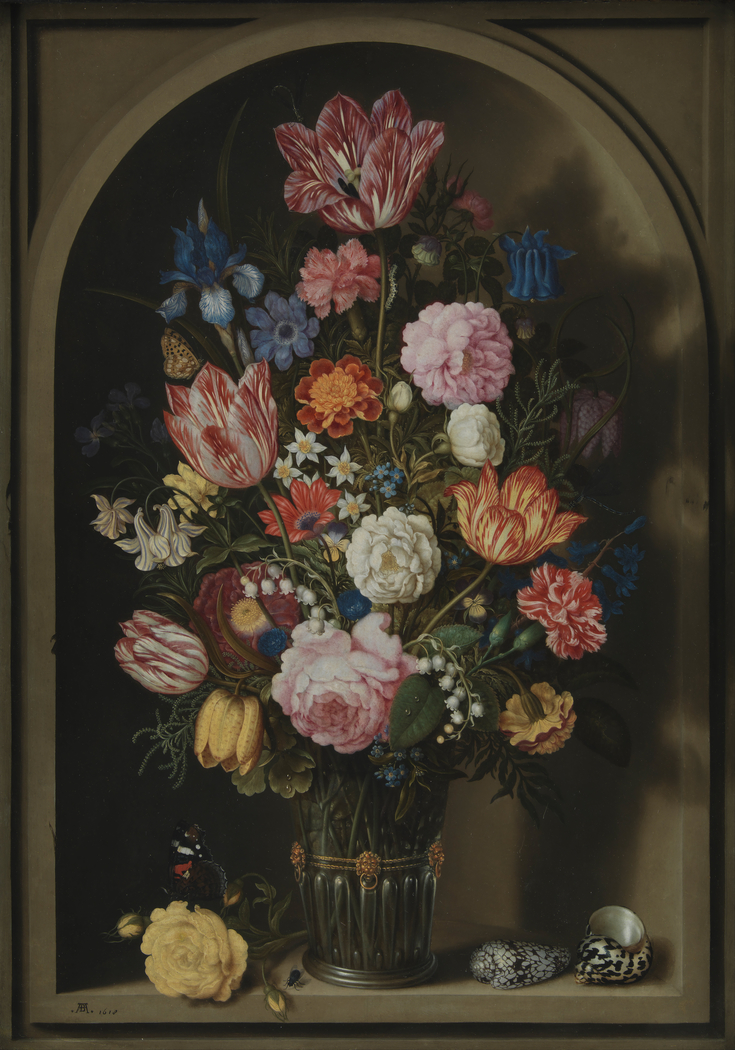 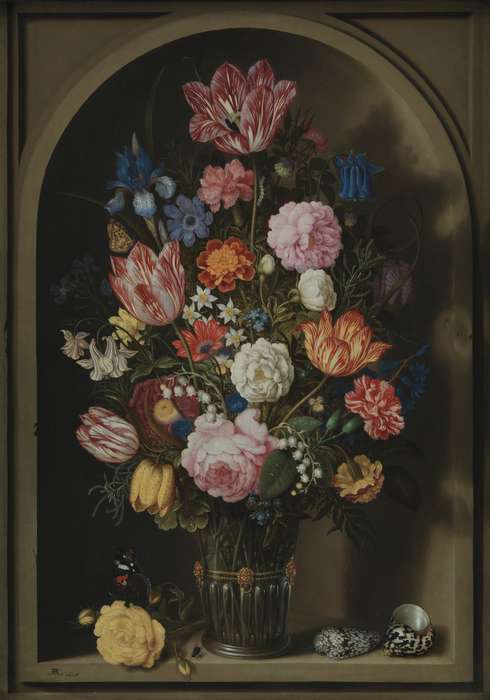 Bouquet of Flowers in a Stone Niche

1618
You can almost catch the fragrance of the flowers and feel the freshness of the dew against your face. The shadow case by the bouquet creates undulating contours on the curves of the stone niche in which the vase is placed.

The optical illusion
The architectural frame provided by the niche follows the dimensions of the painting itself, and were it not for the heavy ornamental frame one might mistake it for a real niche at a glance. This optical illusion or trompe l’oeil effect is accentuated by a yellow rose lying next to the vase, extending beyond the edge of the stone niche.

Flowers a motif in its own right
In the wake of a number of factors – e.g. the Calvinist rejection of church decoration and the greater wealth of the middle classes – a number of new themes and subjects were introduced on the Dutch art market in the early 17th century. Ambrosius Bosschaerts was one of the first painters to make flowers a motif in its own right within the still life genre.

The still life genre
During the 17th century the genre was associated with a set of moralising undertones. For example, tulip bulbs were costly investment objects, so multicoloured tulips were frequently used as a memento mori – a reminder that life is short.

License:
Courtesy of the National Gallery of Denmark
For more:
http://www.smk.dk/en/explore-the-art/highlights/ambrosius-b…