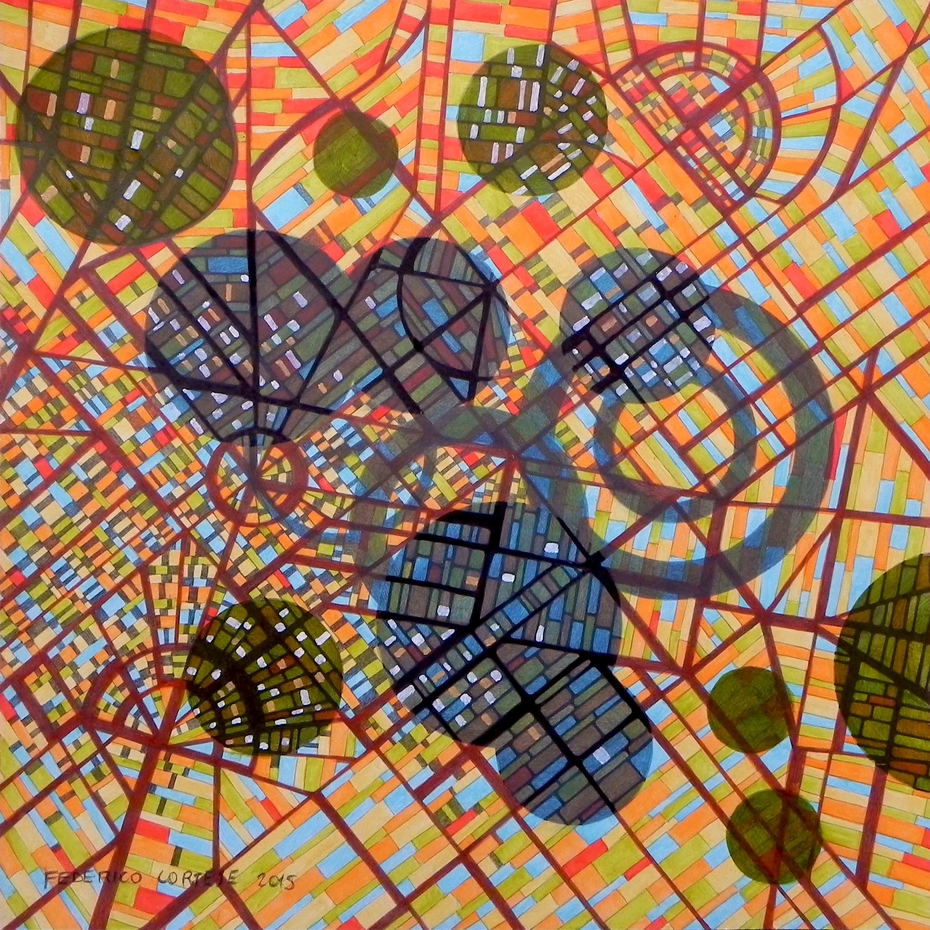 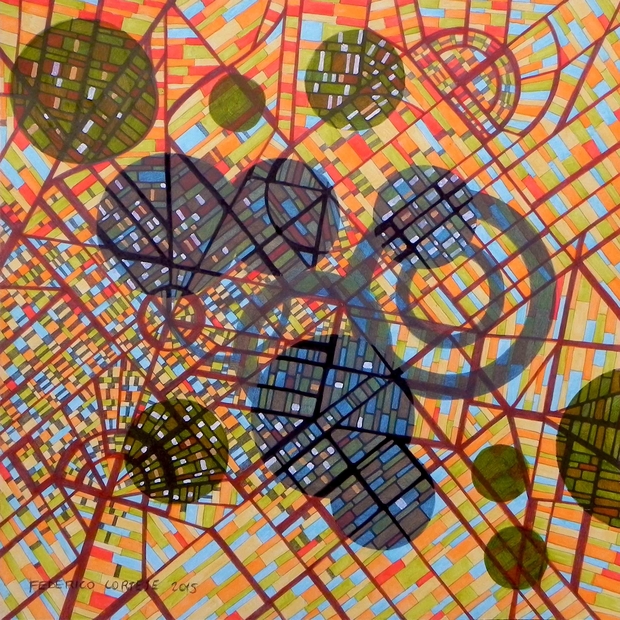 A map is an imprint, a sign of man in the landscape. An alien intelligence, observing our cities from the great distances of the space, could interpret them as the characters of an alphabet, sort of messages, a code of signs, each one different from the other, each with its own meaning and its own syntax. This hypothetical alien presence may not even realize that these cities have a purpose and a function, which are the product of the way we have adapted to live on this planet, but it could engage in an attempt to interpret this unknown language, identifying the alphabet and associating to each character a precise meaning. We will still be able to understand and share this new meanings, or will they have lost any sense for us?

The idea of painting the bombed cities has born as a series inside the series. It comes from my direct experience; in fact, Turin was strongly bombed during the Second World War and the sign of that bombings still remains in some parts of the city, where the destroyed buildings haven't been replaced, leaving a hole in the urban tissue.