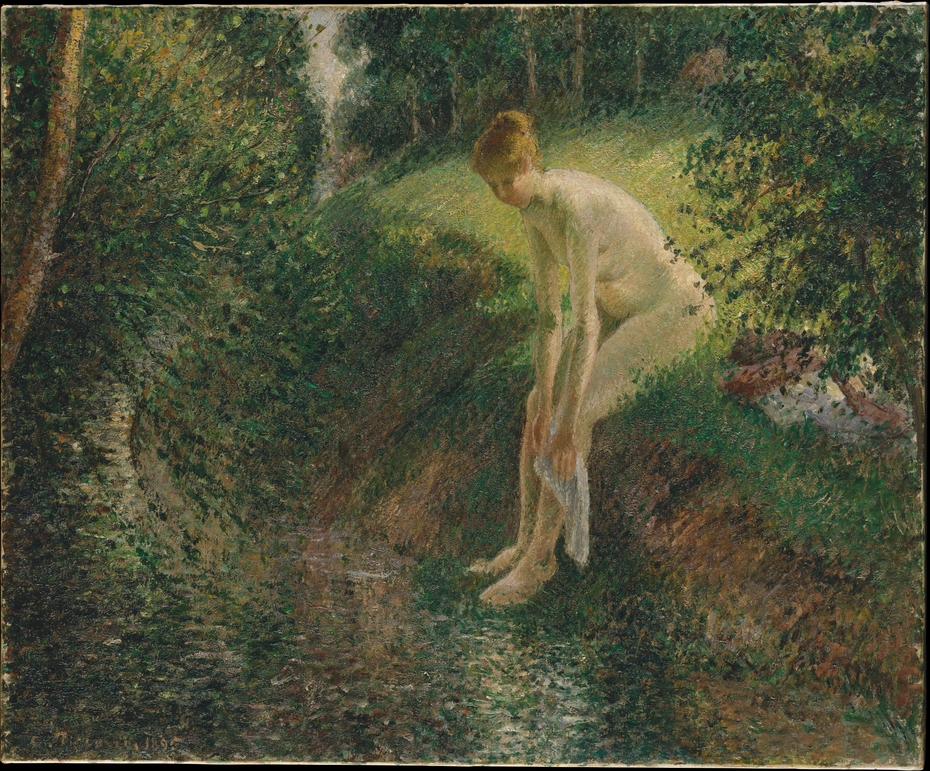 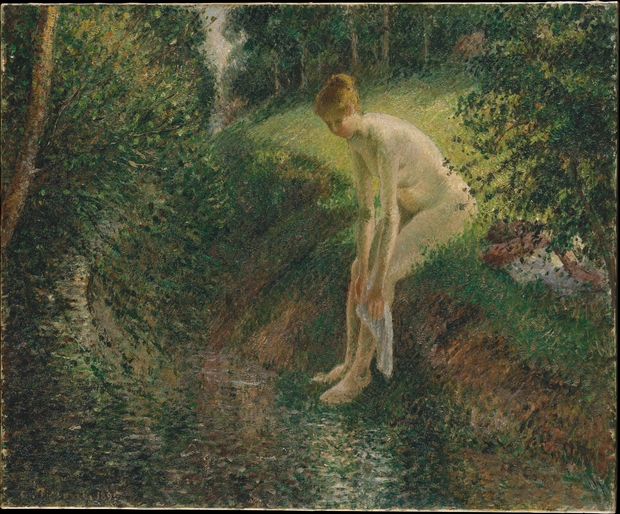 Bather in the Woods

1895
In summer 1893 Pissarro wrote his son Lucien that he was planning a series of canvases of nude peasant women bathing, even though he foresaw difficulties in engaging models in rural Éragny. None were completed until 1894, and Pissarro continued to paint variations on the theme through 1896. This picture falls midway in the project. Pissarro’s approach reflects the continuing influence of divisionist technique, but more naturalistic tendencies emerge in his attempts to capture the delicate fall of light over the grassy bank and the woman's back. Her pose recurs in two studies of a clothed model painted the same year. (Source: The Metropolitan Museum of Art)

License:
Courtesy of The Metropolitan Museum of Art
For more:
https://www.metmuseum.org/art/collection/search/437306