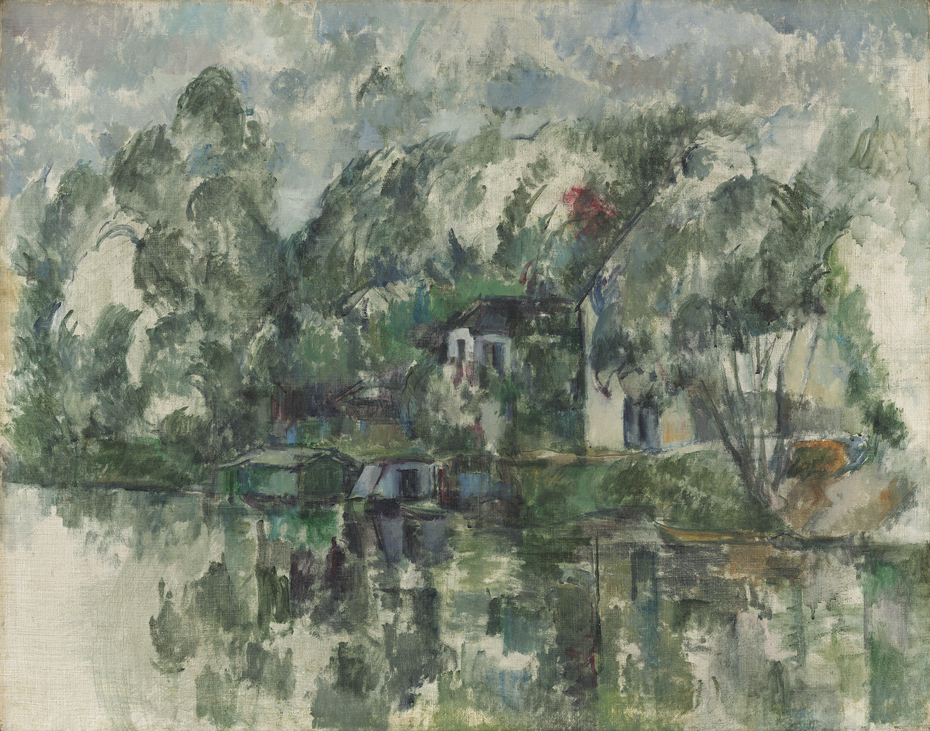 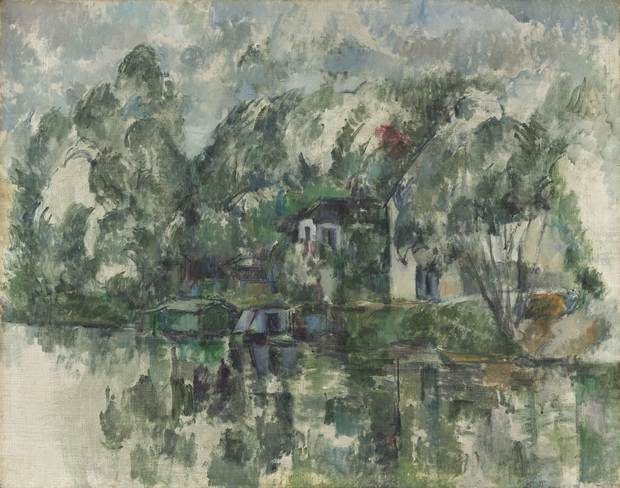 At the Water's Edge

1890
Cézanne’s work, especially landscape paintings, increasingly verged on abstraction in the artist’s last two decades. In this study of light and reflection, structures on the bank and on the river are simplified into geometric shapes that contrast with the organic lushness surrounding them. The composition threatens to dissolve into patches of color, and pictorial space is flattened. Only near the end of his life did Cézanne’s critical reception, once so derisive, become more open to this aesthetic, which also had an enormous impact on successive generations of painters. The painting also suggests Cézanne’s working method. The concentration of color in the central motif of the blue house, in the boat with a blue cabin, and in the green houseboat next to it indicate that the artist started in the middle of the composition and moved outward. Landscape and architectural elements are formed more solidly than their reflections in the river, which are composed of paint thinly applied with fluid brushstrokes, almost as though in watercolor. Extremely loose brushwork, seemingly random touches of color—such as a curious red daub found above the roof of the large house—and unpainted areas of canvas convey the impression that Cézanne may still have been considering the next stroke of At the Water’s Edge when he set it aside.