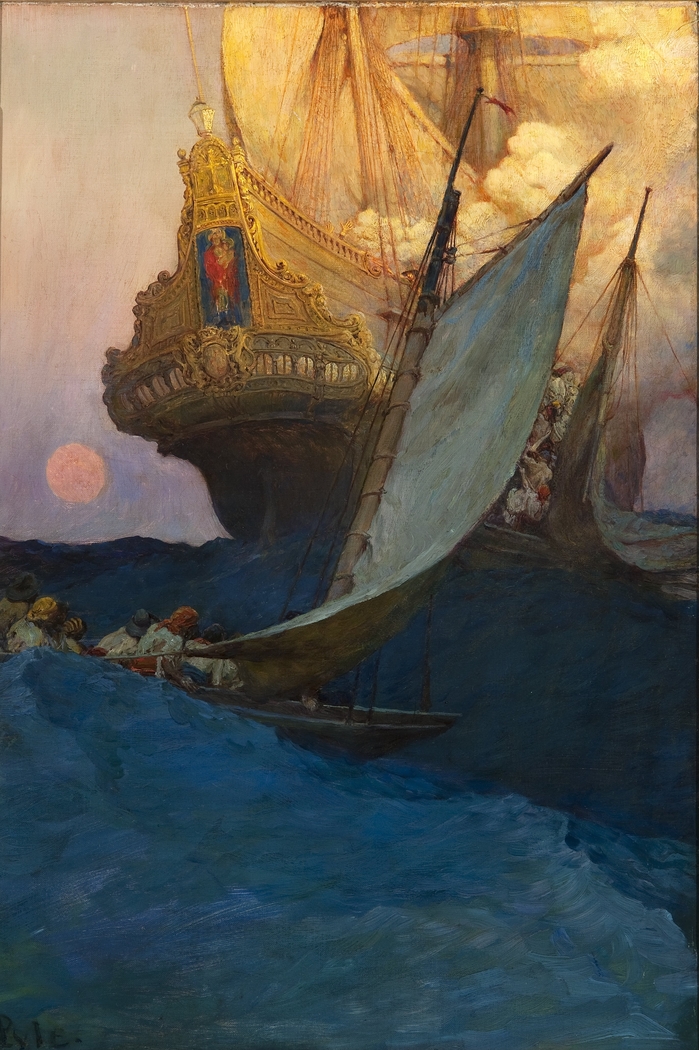 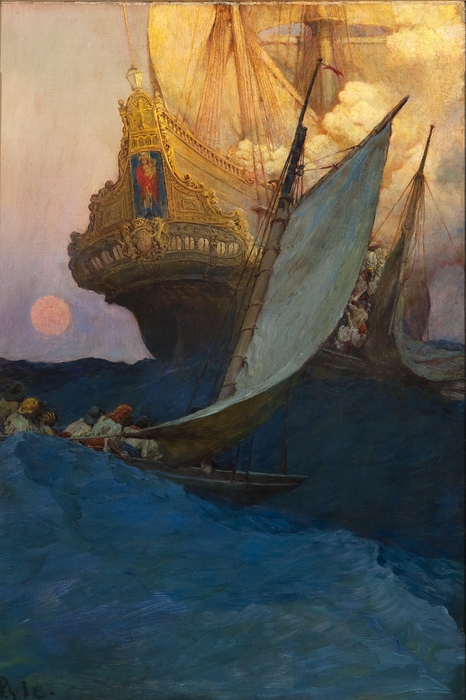 An Attack on a Galleon

1905
Howard Pyle's story captures the dangers of waters around the colonial ports of Central and South America in the seventeenth century, when ships carrying the plundered wealth of the "New World" to the Spanish crown were often attacked by pirates. This massive galleon is at the mercy of a small, lethal pirates’ craft. Billowing smoke illuminated by gunfire signals the assault overcoming the galleon’s crew. A majestic icon, as yet unscathed, looks down upon the ruthless action.

One critic wrote that the illustrations for “The Fate of a Treasure Town” were the “sensation of the magazine world…each one marvelously rich in color…dramatically stirring and vididly romantic.”