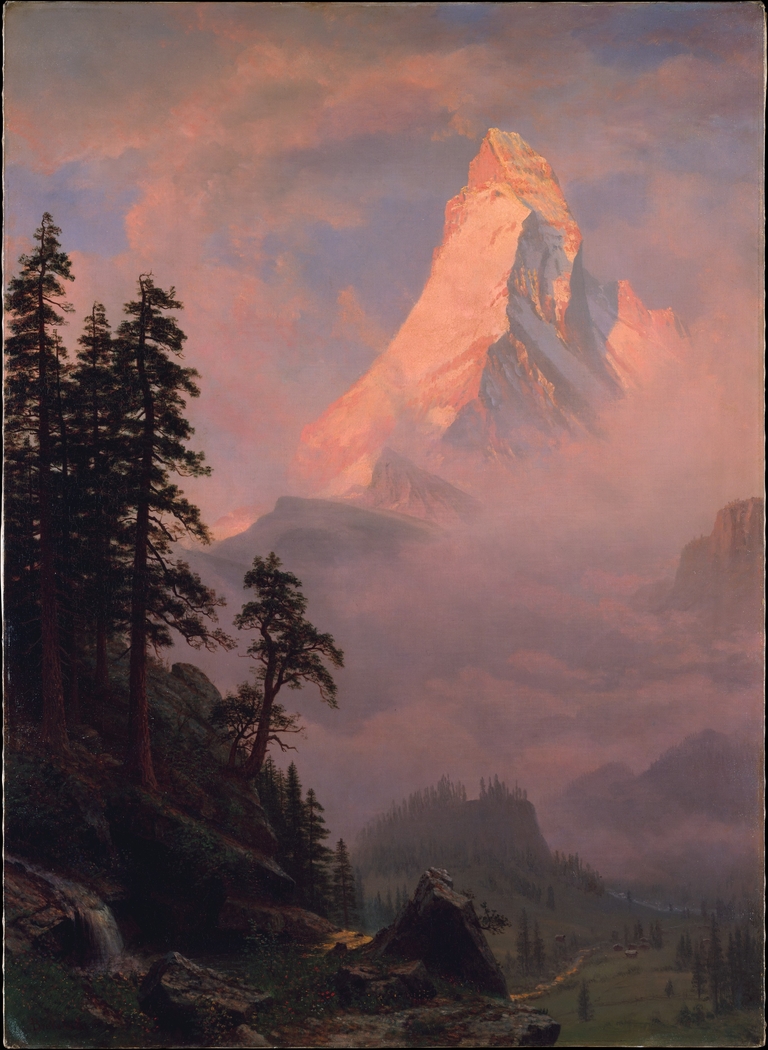 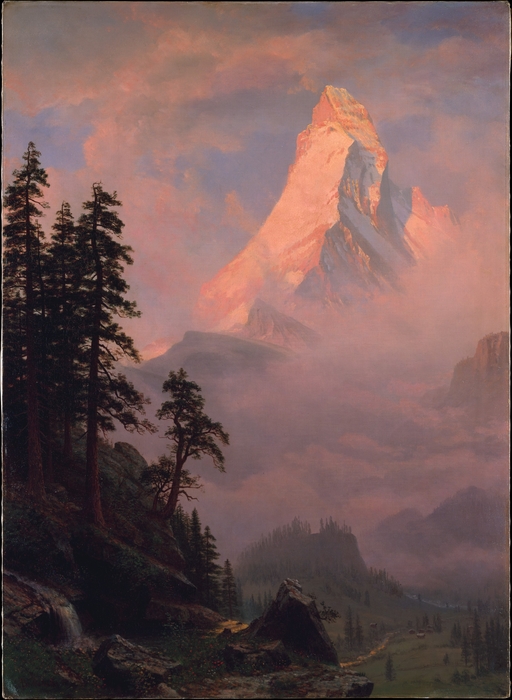 Sunrise on the Matterhorn

1875
In the summer of 1856, during a four-year period of study in Europe, Bierstadt joined several American colleagues on a sketching trip. His fascination with the Swiss terrain resulted in a series of oil studies and pencil sketches, executed during the trip, and several large canvases of the mountain landscape, painted upon his return to New Bedford, Massachusetts. He revisited Switzerland numerous times between 1867 and 1897 to do more sketching. In this dramatic view of the Matterhorn, the artist depicted the cloud-encircled peak in the distance, strikingly juxtaposed with a low, rocky foreground. The vertical thrust of the mountain is reinforced by the towering pines at the lower left.