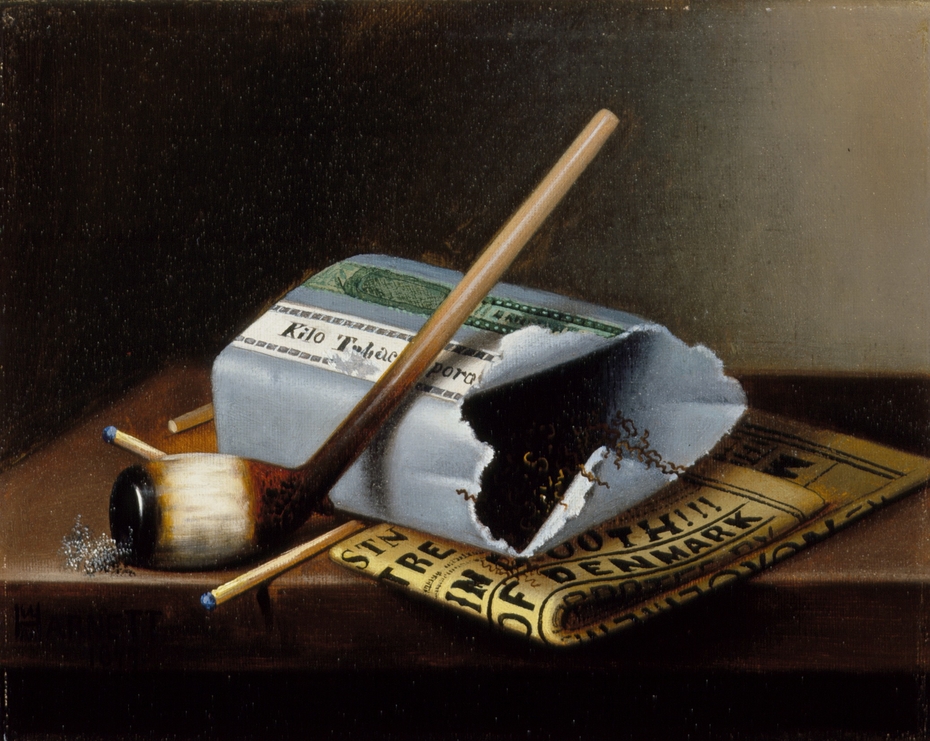 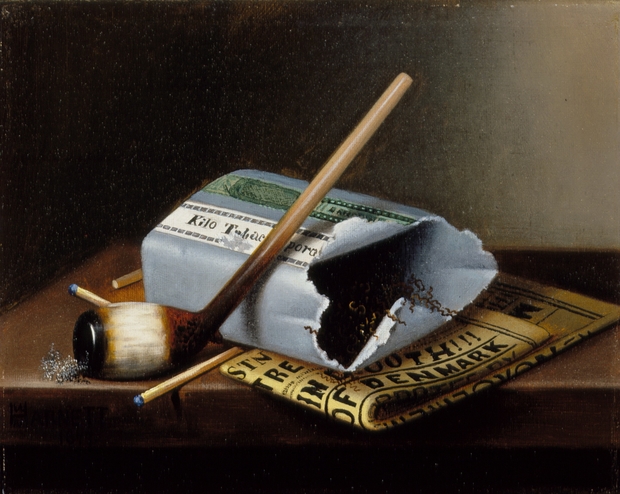 1877
Harnett was a major late-nineteenth-century artist in the United States, and the most important trompe l’oeil still life painter of the era. During the 1870s he worked in Philadelphia and New York City, and by the late 1870s he had established his early reputation with the tightly painted and meticulously realistic table top still lifes. These have been dubbed “bachelor still lifes” because Harnett included objects primarily considered masculine: pipes, bags of tobacco, rugged pottery mugs, and newspapers or other printed material. These bachelor still lifes were all exceptionally small in scale, and painted in a dark, realistic palette. Harnett painted numerous examples, varying them primarily in the arrangement of the objects included. Alas, Poor Yorick (also known as Kilo, Tobacco and Pipe and Materials for a Leisure Hour) is a splendid classic example of Harnett’s early bachelor still lifes, and demonstrates that the artist was already fascinated by the sense of intense realism that would dominate his mature, larger, trompe l’oeil rack paintings. [source]

Notes from the Contributor:
Gift of Charles C. and Elma Ralphs Shoemaker.