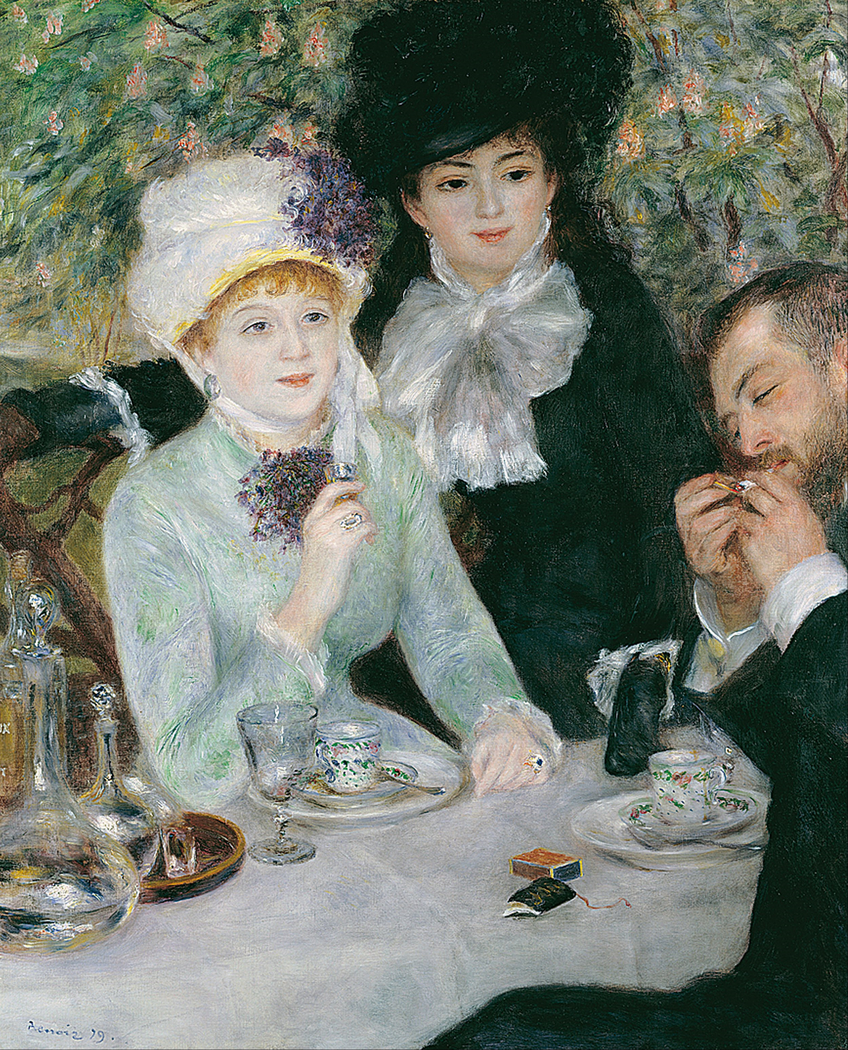 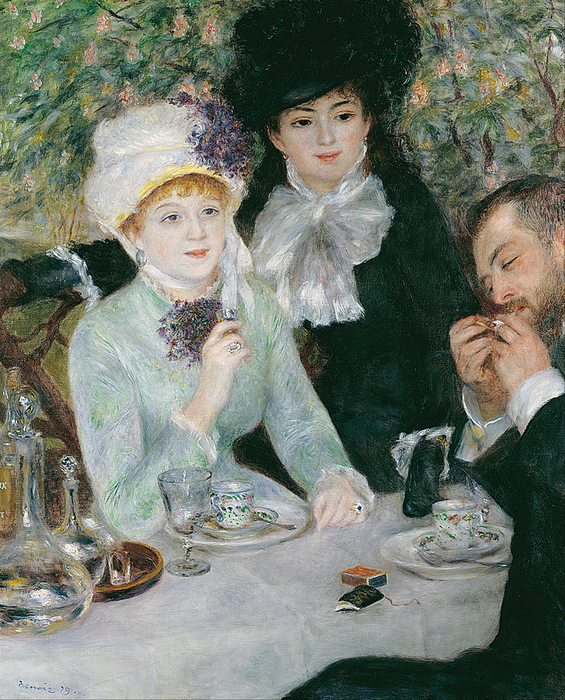 This painting belongs to Renoir’s first Impressionist phase. It shows a scene in the garden of the Cabaret Olivier on Montmartre. One of the ladies – the one in the bright dress – is the actress Ellen Andrée, the other probably Renoir’s favourite model marguerite Legrand; the man is his brother Edmond. Renoir has applied the various hues in thin, transparent, superimposed layers. This technique gives rise to an almost endless cosmos of nuanced colours which nevertheless do not appear gaudy. Many areas – notice, for example, the flesh tones on the faces – shine like enamel.
A typical feature of Renoir’s painting in this period is the blurring and dissolving of contours. Renoir records the pleasant aspect of everyday life in Paris. Two attractive young women, a carefree and relaxed man, brought close together in convivial friendship – life is cheerful, cultivated, and unproblematic. But for how long? The glimmering point on which all eyes seem to be fixed is the red-glowing tip of the cigarette. Here time enters into the picture – the undisturbed scene is only a moment which will pass. Thus, the scene is also a tribute to fleeting happiness.