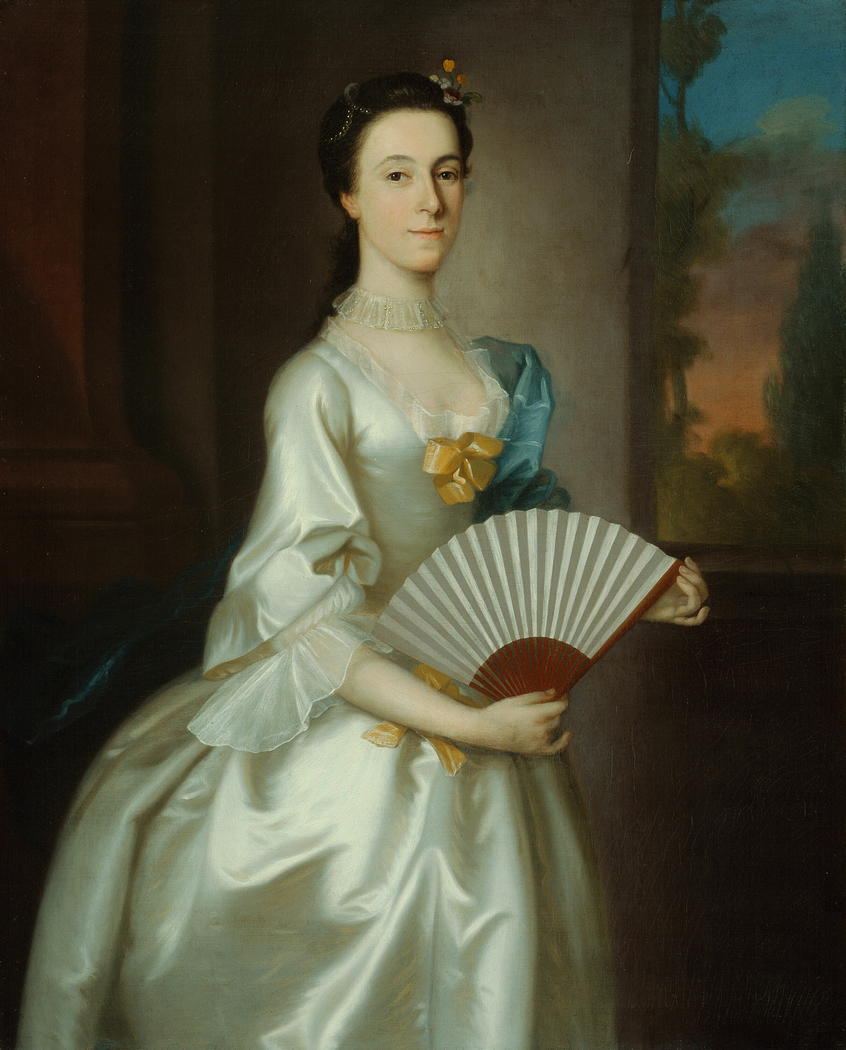 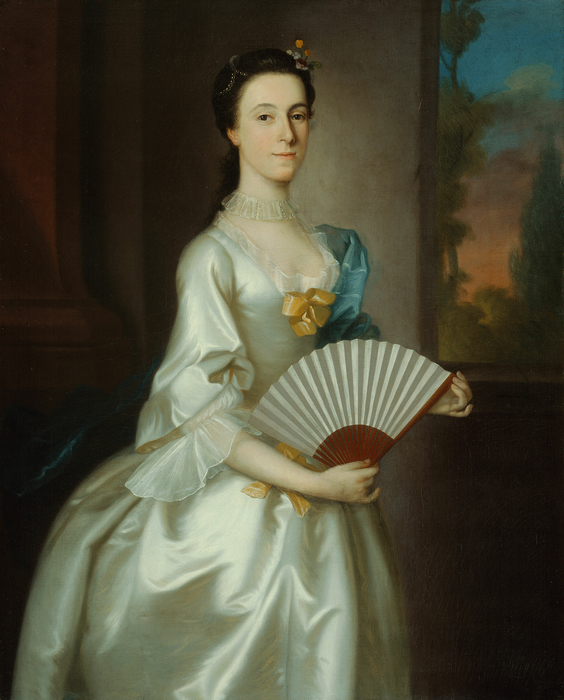 1754
Dressed in imported luxurious fabrics and accessories, 20-year-old Abigail Chesebrough displays the material wealth of her family in Newport, Rhode Island, in this portrait by Joseph Blackburn. Her father, David Chesebrough, was a merchant and an enslaver, amassing his fortune through the triangular trade of people of color, molasses, and rum between Western Africa, the Caribbean, and New England.

Blackburn shaped his career around the Atlantic trade networks developed in the 18th century. Probably trained in London, he traveled to Bermuda in 1752, securing commissions there. Two years later he was in Newport, where he painted Abigail as well as her stepmother. Blackburn moved on to paint portraits in Boston and Portsmouth before returning to England in 1764. (Source: Art Institute of Chicago)