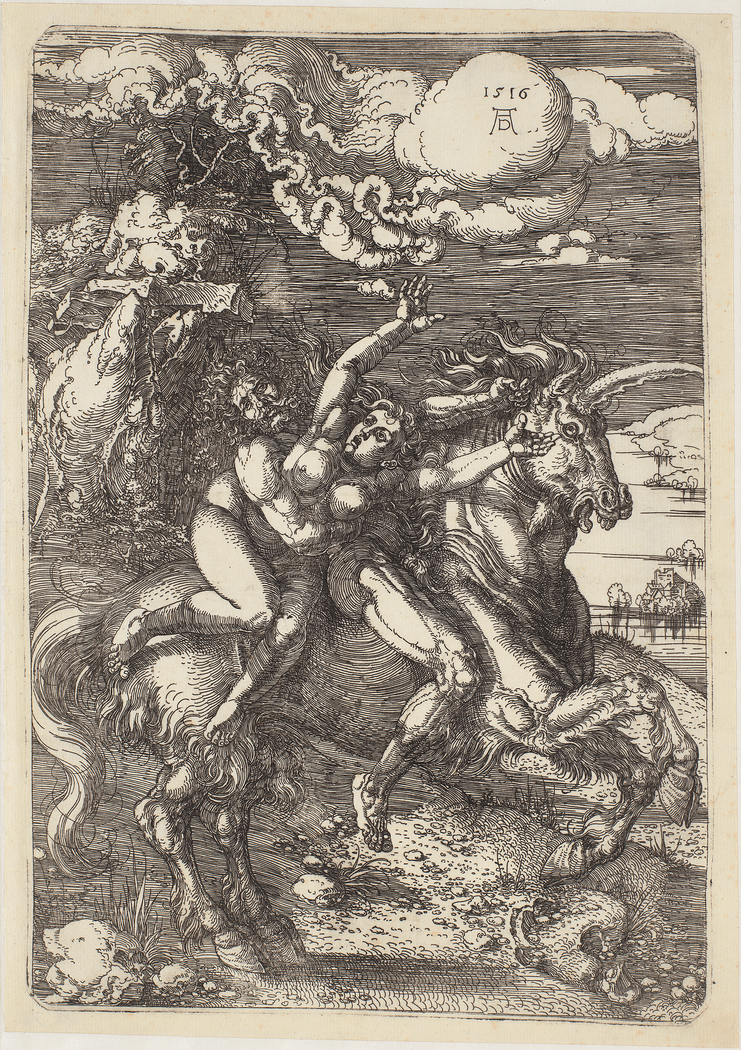 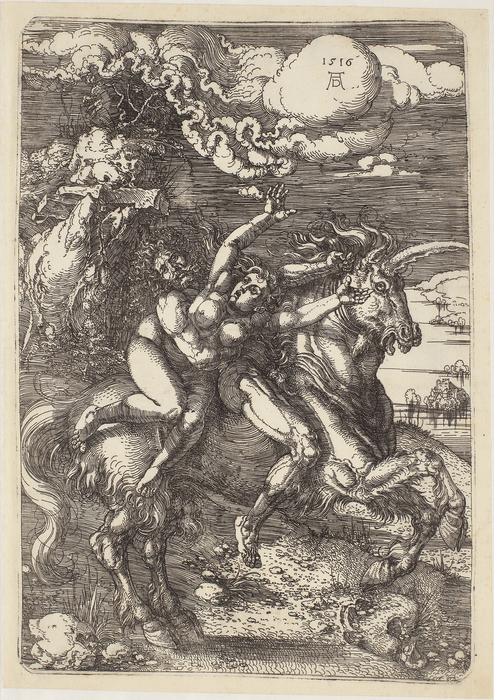 Abduction on a Unicorn

1516
In spite of great diligence and learning, no-one has as yet provided an entirely satisfactory account of the underlying meaning of this iron etching. Scholars have searched in vain for a literary source within classical mythology and German legend.

The picture's unsolvable rebus
A naked horseman, his hair and beard wild and unkempt, his appearance very much like that of Dürer himself, grabs an equally naked, high-bosomed woman and abducts her on a horned, horse-like creature, presumably one of those unicorns that many have heard of but never seen.

A hidden reference to something private? A self-penned anecdote? At any rate, the picture is as yet a puzzle, an unsolvable rebus that challenges our minds and imaginations, forcing spectators to see the picture rather than merely note it.

Prints of six iron ecthings
Only six iron etchings by Dürer’s hand are known today. The Department of Prints and Drawings owns prints of every one of them, even of an unusually high quality – printed before the rust set in!

Usually, graphic artists will use plates made from copper or zinc for etchings, but Dürer chose to experiments with iron plates. Every time he made a print, the inkcovered plate met a piece of damp paper. Eventually this created rust stains that appeared as shadows on the paper.

To an artist as perfectionist as Dürer, this was probably sufficient reason for conclusively returning to woodcuts and copper engraving.

License:
Courtesy of the National Gallery of Denmark
For more:
http://www.smk.dk/en/explore-the-art/highlights/albrecht-du…