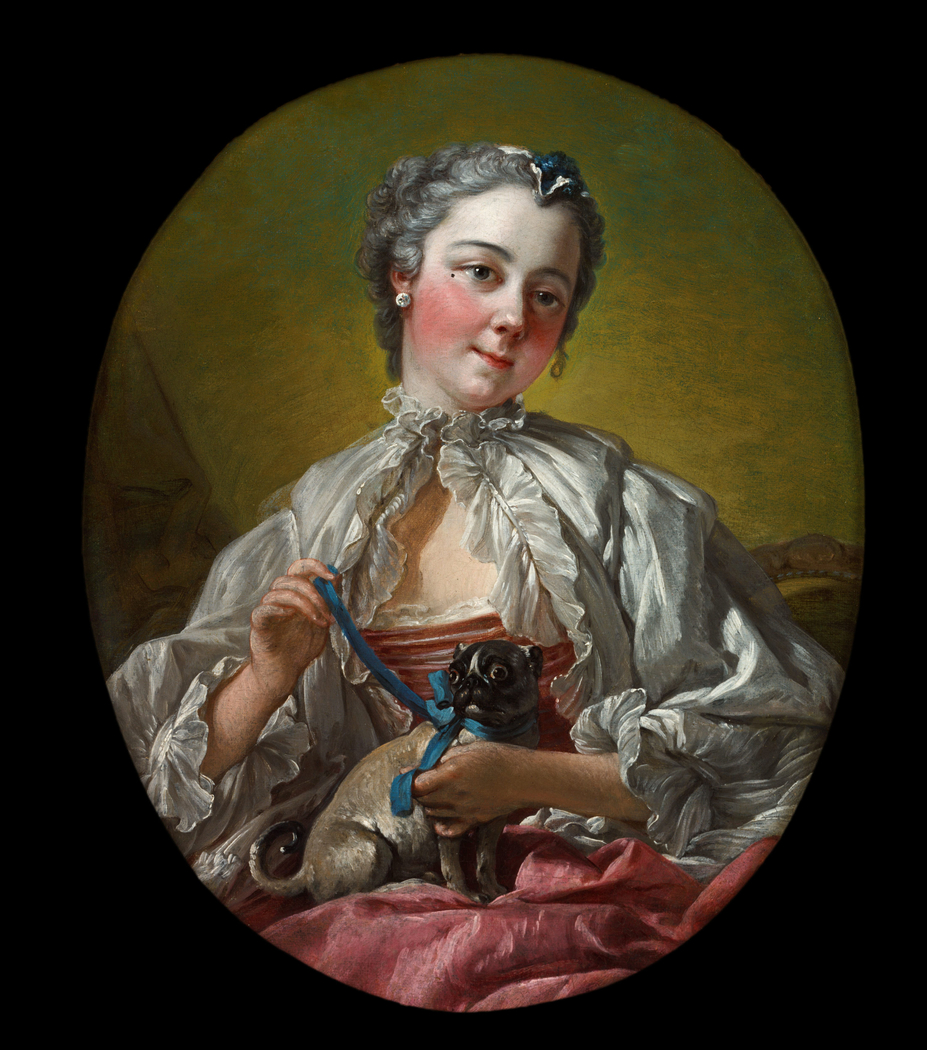 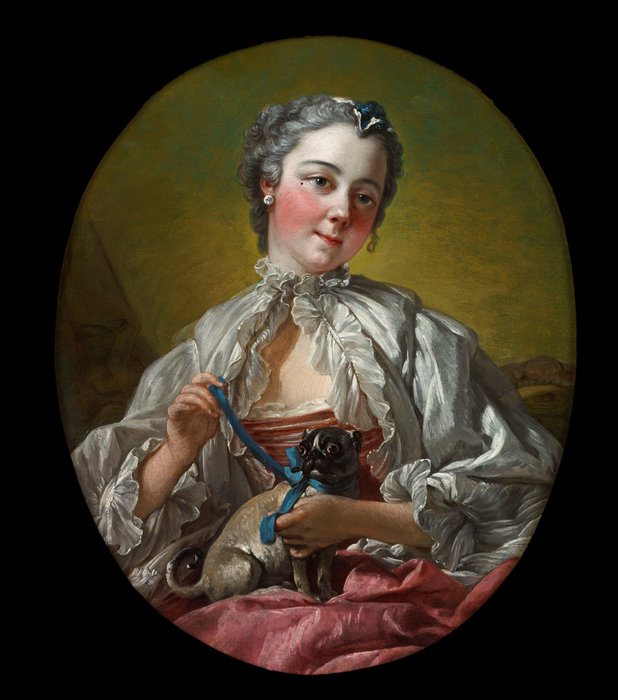 With his pupil Fragonard, François Boucher is rightly held to epitomise the rococo sensibility in French eighteenth-century painting. Refined in intelligence as much as in taste, Boucher's art is a celebration of surface, not superficiality. His love of silks, satins, velvets, furs and brocades is exceeded only by his devotion to the pearly properties of youthful skin, especially female skin. Whether painting the mythical subjects that characterise his larger commissions, or, as here, an intimate portrait of his wife, Marie-Jeanne Buseau, Boucher brought to the task an attention to detail and a sense of delight that are definitively rococo.

This painting wittily, and not at either's expense, juxtaposes the very different beauties of a charming woman and her lapdog. The latter is a canine inclusion not without sexual connotation in the iconography of the period - though Boucher can hardly be thought to portray his spouse in the role of teasing mistress. The slightly generic cast of her face, echoing those of the nymphs and shepherdesses prolifically rendered by this artist, is attributable to the fact that Marie-Jeanne was Boucher's model for almost two decades.