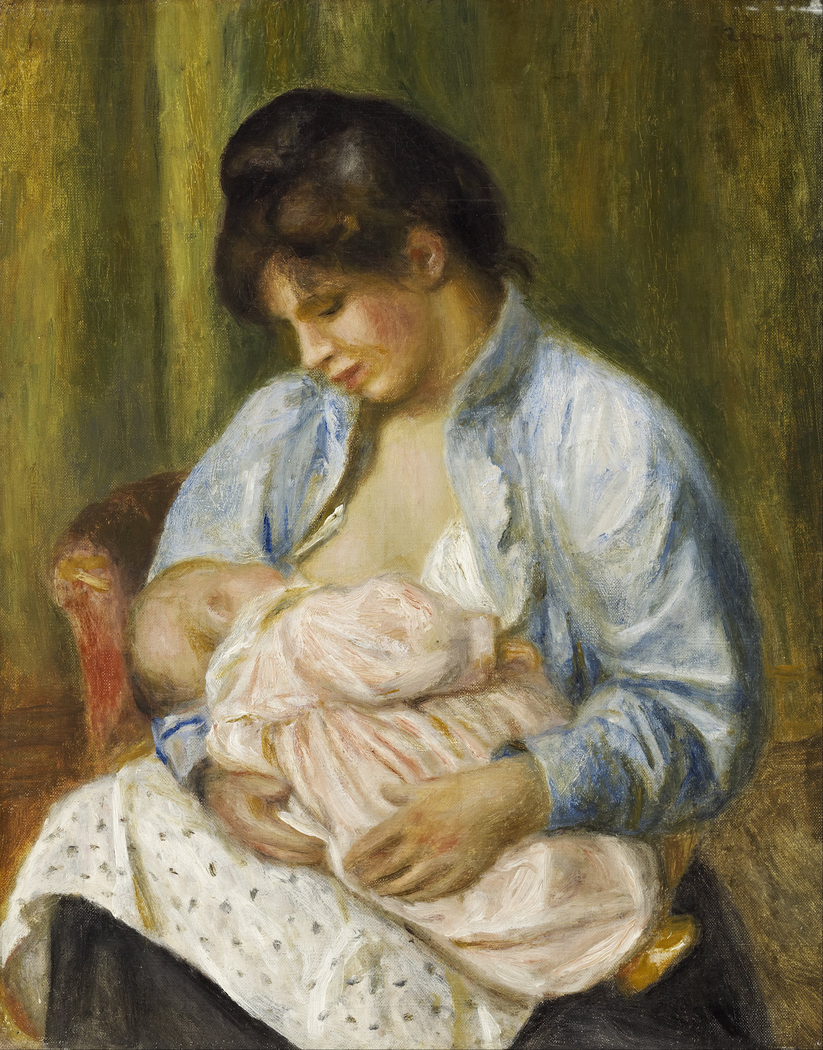 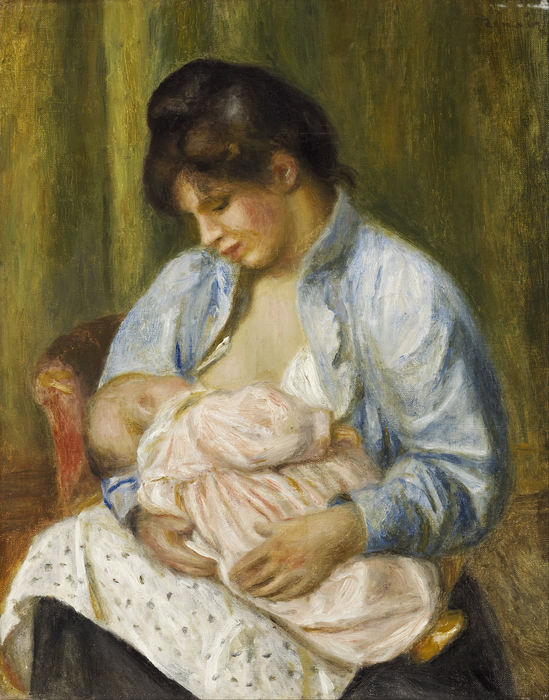 A Woman Nursing a Child

Renoir’s interest in the mother and child theme was awakened with the birth of his first son Pierre in 1885. In 1894, around the time this picture was painted, their second son Jean was born. Renoir was interested in Rubens and Delacroix’s rich use of colour which he observed in the Louvre, Paris. His appreciation is evident in this painting, which is reminiscent of Rubens’s portraits of his wife and children. The woman in this painting is not Renoir’s wife, but bears a resemblance to their childminder Gabrielle Renard, who was employed to look after baby Jean. The simple positioning of the figures is structurally balanced, and shows Renoir looking back to Raphael’s Virgin and Child paintings that he so greatly admired. He once declared that ‘every woman nursing a child is a Virgin by Raphael’.