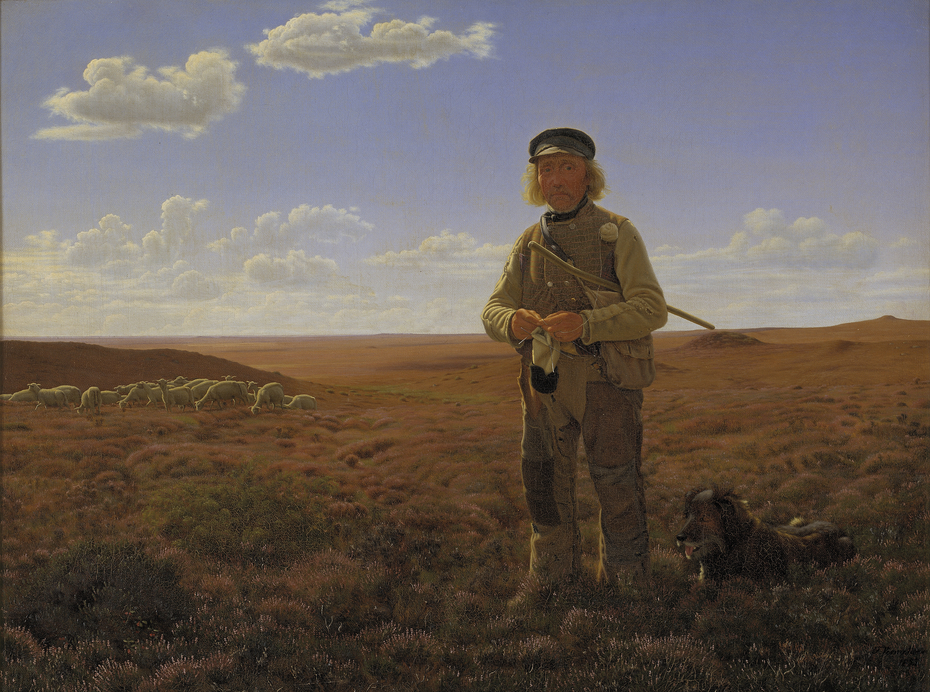 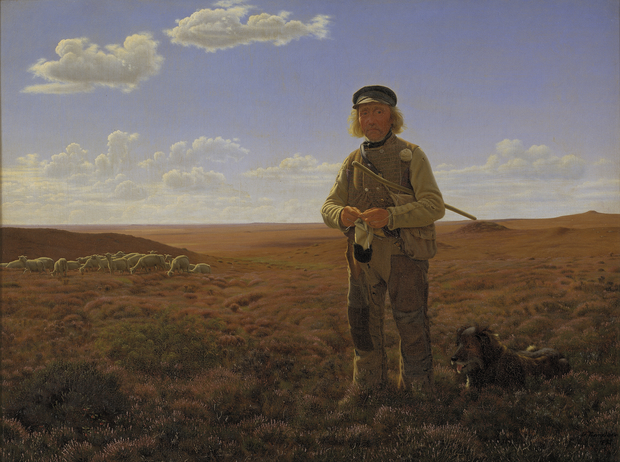 A Jutland Shepherd on the Moors

1855
In June of 1854 Frederik Vermehren met this 82-year-old shepherd on the Jutland moors. He wandered, knitting, among the flowering heather with his sheep, his only company the dog resting at his feet. Over the next few months this fortuitous encounter gave rise to one of the principal rural scenes in Danish art history.

Working his way through several pencil and painted studies, Vermehren slowly approached the final incarnation of the scene which is about much more than simply the old man on the moors. Taking the mundane scene as its point of departure, the picture before us is a rendition of man’s affinity with nature, of a simple life lived in harmony with nature and the God whose presence is felt in the grand landscape.

The picture’s feel of having a metaphysical dimension is largely the result of the intensified light, the endless landscape, and – more specifically – the barrows in the background.

License:
Courtesy of the National Gallery of Denmark
For more:
http://foto.smk.dk/index.php?p=KMS1496.jpg