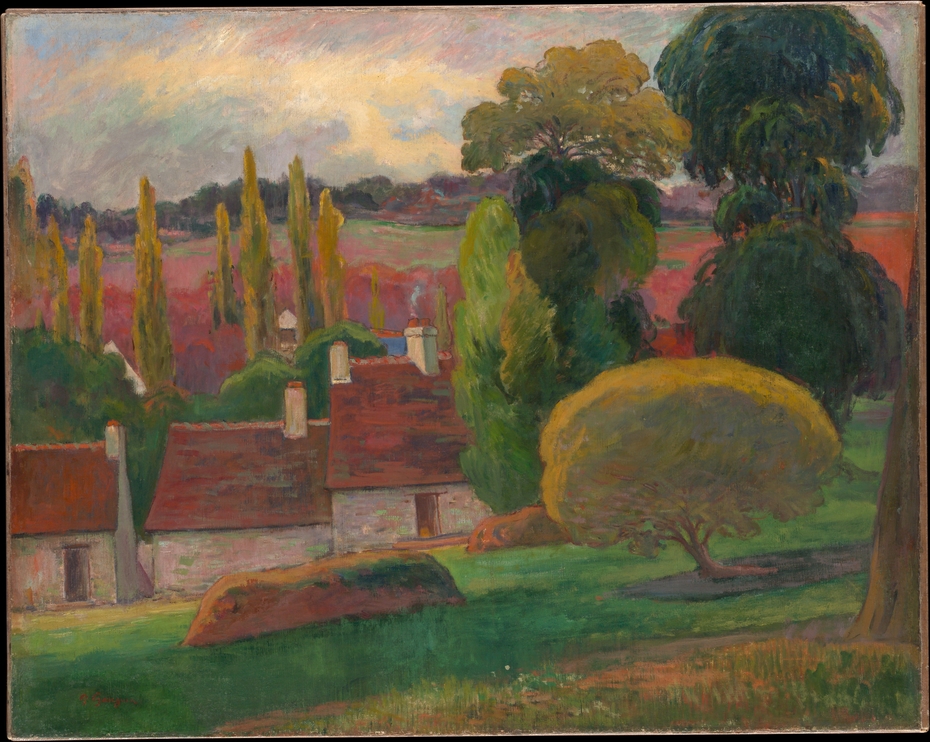 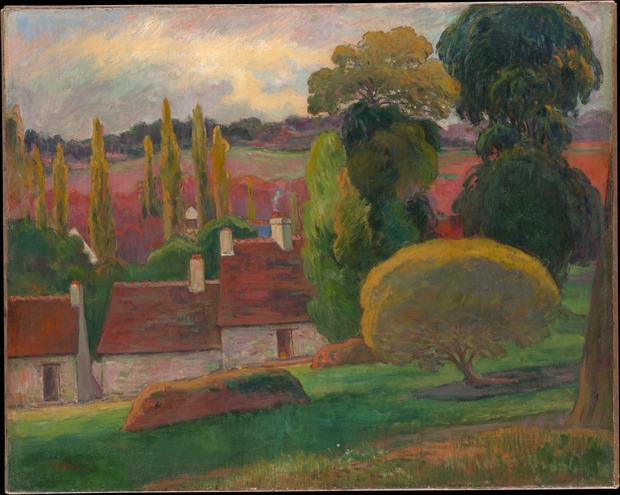 A Farm in Brittany

1894
From early in his career Gauguin was attracted to the relatively remote and unspoiled terrain of Brittany in northwestern France. Breton culture, infused with vestiges of its pagan Celtic past, appealed to his taste for the primitive and the exotic. The artist is thought to have made this work during his fifth and final visit to the region in 1894, between voyages to the tropics. The brushwork recalls Gauguin's earlier Impressionist pictures, while the palette evokes his Tahitian paintings. (Source: The Metropolitan Museum of Art)

License:
Courtesy of The Metropolitan Museum of Art
For more:
https://www.metmuseum.org/art/collection/search/436448