Realism is the 19th century movement that developed in France with the main objective to represent reality through the depiction of real-life events and subjects in a naturalistic manner. The term “Realism” was coined by the French painter Gustave Courbet when in 1855 during the Exposition Universelle in Paris some of his works were rejected by the jury. Courbet decided to display his paintings privately in his Pavillon du Realism and to accompany its exhibition with a manifesto entitled "Le Réalisme". 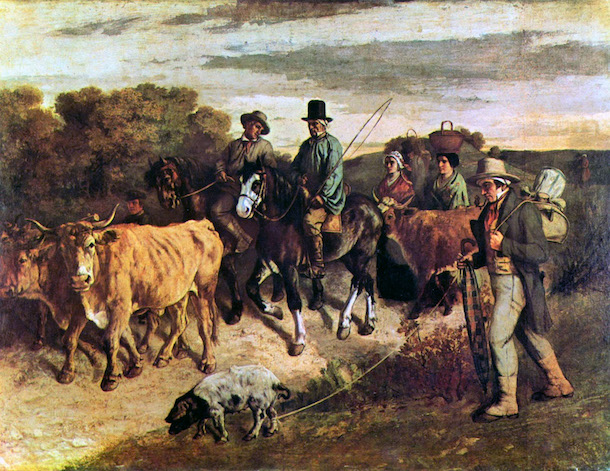 During the same period, in 1849, Jean-François Millet left Paris and moved to Barbizon, a Franch village located near the forest of Fontainebleau. In this village the artist founded the Barbizon school. The school, active between 1830 and 1870, has seen the participation of several artists, among others Jean-Baptiste-Camille Corot and Honoré Daumier, united by the desire of painting landscapes and making the nature and rural daily life the main subjects of their artworks. Best known for their plein-air painting, the Barbizon artists developed a remarkable naturalism rejecting many of the canons of academic art and establishing a new form of realist painting, as Gustave Courbet's art was doing in Paris. From the activity of the Barbizon School, Courbet’s exhibition and the naturalistic literary movement of Zola and Flaubert, the French Realism movement was born and spread around Europe during the 19th century. 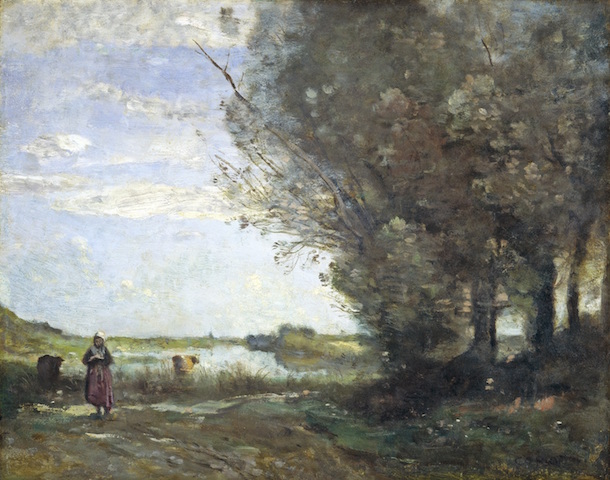 Even if there was not a defined "group" of Realist artists who were working closely together, the movement involved a large number of artists working independently but on the same subjects. The French Realism influenced other movements, such as Impressionism, and other groups. The Wanderers or Peredvizhniki group of artists was considered Realism's counterpart in Russia. In Britain, artists such as Hubert von Herkomer and Luke Fildes had great success with realistic paintings depicting social issues and representations of the "real" world, while the Ashcan School of New York, including George Bellows and Robert Henri, was considered American realism, for its tendency to represent the daily life of the poorest members of society. Realism today is considereded as one of the most important art movements of the 19th century.