Futurism began its transformation of the Italian culture with the publication of the Futurist Manifesto by the Italian poet Filippo Tommaso Marinetti (1876-1944). The Manifesto was published in the Italian newspaper La Gazzetta dell'Emilia and the French paper Le Figaro, in February 1909. That moment saw the birth of the Futurists, a small group of radical Italian artists unified by the desire to employ modern, popular means of communication to spread its ideas. 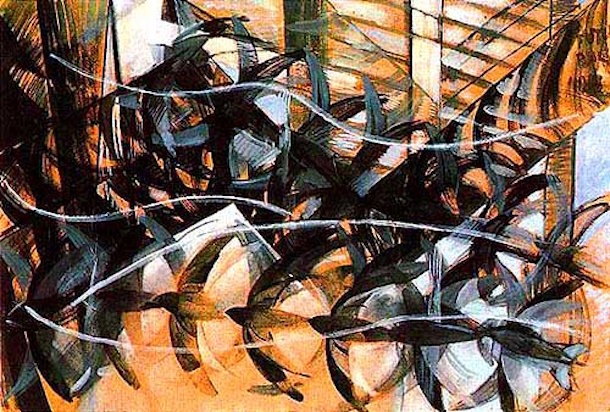 Over the years, the group of artists published more manifestos: the Technical Manifesto of Futurist Painting, signed by Umberto Boccioni, Carlo Carra, Giacomo Balla and Gino Severini, and the Manifesto of Futurist Architecture, written by the Italian architect Antonio Sant'Elia. However all of them took the same principles and words from Marinetti’s general Manifesto, which summed up the spirit of Futurism, celebrating the "machine age", the triumph of technology over nature, and opposing traditions artistic background. The movement initially centered in Milan, but it spread quickly to Turin and Naples, and over subsequent years Marinetti vigorously promoted it abroad. 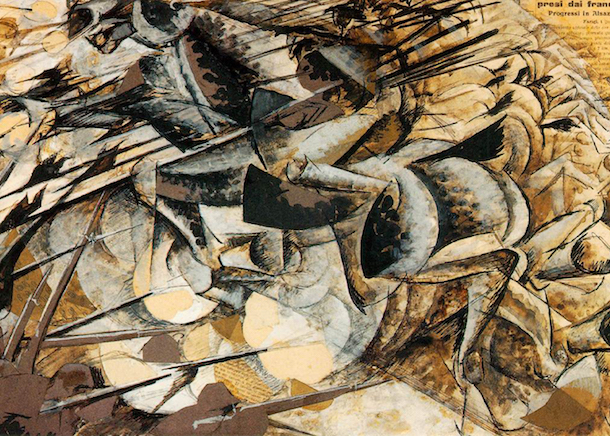 Although it was largely an Italian phenomenon, there were parallel movements in Russia, England and elsewhere. Many English as well as Russian Futurist artists such as Kazimir Malevich, Natalia Goncharova and David Burliuk were inspired by the Italian Futurism. Moreover, to some extent Futurism influenced some art movements as Art Deco, Constructivism, Surrealism, Dada and to a greater degree Precisionism, Rayonism and Vorticism.