Unlike many other modern art movements, such as Impressionism and Pointillism, Futurism did not immediately identify its distinctive style. Its adherents worked in an eclectic manner, borrowing elements from various technical aspects of Post-Impressionism, including Symbolism and Divisionism. Especially Divisionism, which involved breaking down light and colour into a series of stippled dots and stripes, and fracturing the picture plane into segments, at the beginning was taken as an example from Severini and other artists. 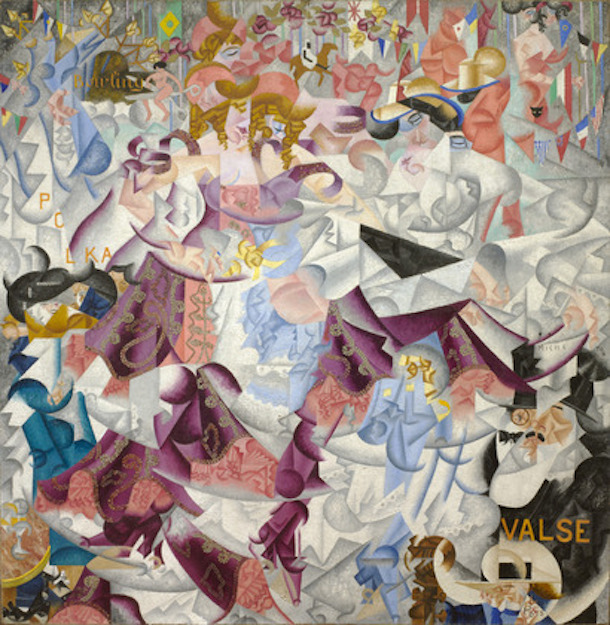 In 1911, Futurist painters exhibited their artworks in Milan. The paintings showed the use of a technique with threadlike brushstrokes and highly keyed colour that depicted space as fragmented and fractured. Subjects and themes focused on technology, modernity, speed and violence. Among the paintings, it was Boccioni's The City Rises that gained the attention of the public thanks to its Cubist-influenced style. Many critics from literary and artistic circles expressed their appreciation for the innovative content and the technique used by the artist. Boccioni's encounter with Cubist painting in Paris had an important influence and he carried this style back to the other Futurists in Italy. 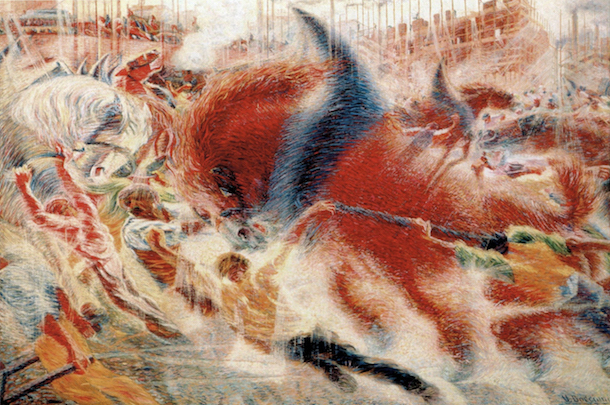 Although at the beginning the Futurists claimed to reject this style, since they believed it was more suitable for static objects rather than for the movement of the modern world, it was that moment when the distinctive Futurist style emerged. Influenced by Cubism, the techniques of the Futurist artists manage to express the idea of dynamism, energy, speed and as well as their main subject: modern urban scenes. 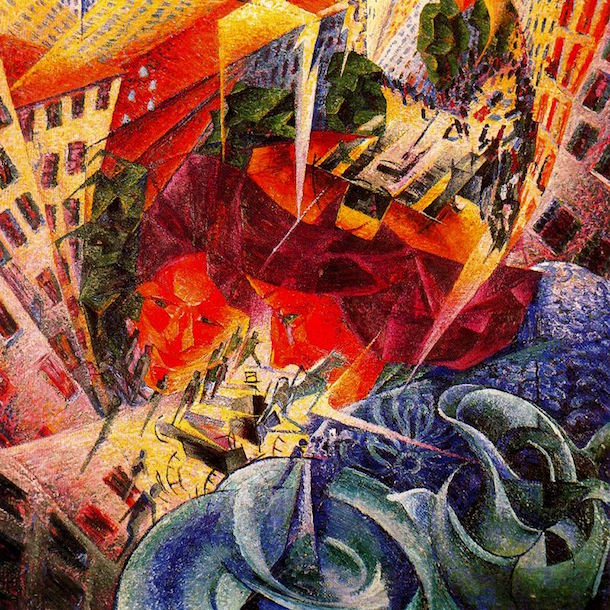 Futurism's eclettism and Cubist-influenced style sparked important developments outside Italy. The Russian Futurist artists Kazimir Malevich, Natalia Goncharova and David Burliuk, were inspired by a synthesis of Parisian Cubism and Italian Futurism. Cubo-Futurism was also a relevant influence on the English art, where it gave rise to the Vorticist movement, which was embraced by philosopher T.E. Hulme, poet Ezra Pound and several English artists.