Cubism was one of the most influential art movement of the 20th century. It was founded around 1907 and 1908 by Pablo Picasso and Georges Braque with the aim to reject the traditional techniques of perspective, modelling and chiaroscuro and refuting the idea of art as pure imitation of nature. By breaking objects and figures down into distinct areas or planes, the artists aimed to propose a revolutionary new approach to represent reality. The name Cubism derived from a comment made by the French art critic Louis Vauxcelles who described some of Georges Braque’s paintings exhibited in Paris in 1908 and influenced by the late work of the Impressionist artist Paul Cézanne as reducing everything to ‘geometric outlines, to cubes’. 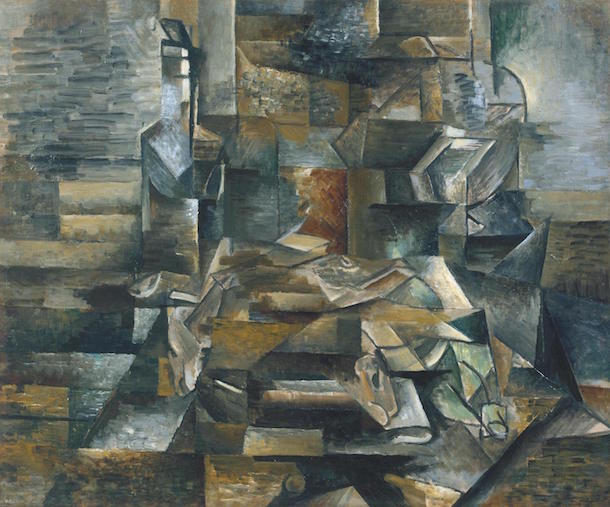 Cubism is seen as a revolutionary movement that rejected to consider art as a pure imitation of nature and refused to adopt the traditional techniques of perspective, which had been used to depict space since the Renaissance. Cubist artists wanted instead to emphasize the two-dimensional flatness of the canvas. In their artworks objects are analysed, broken up into a multitude of small facets and then reassembled into geometric forms to evoke the same figures and to show the subjects from multiple views. 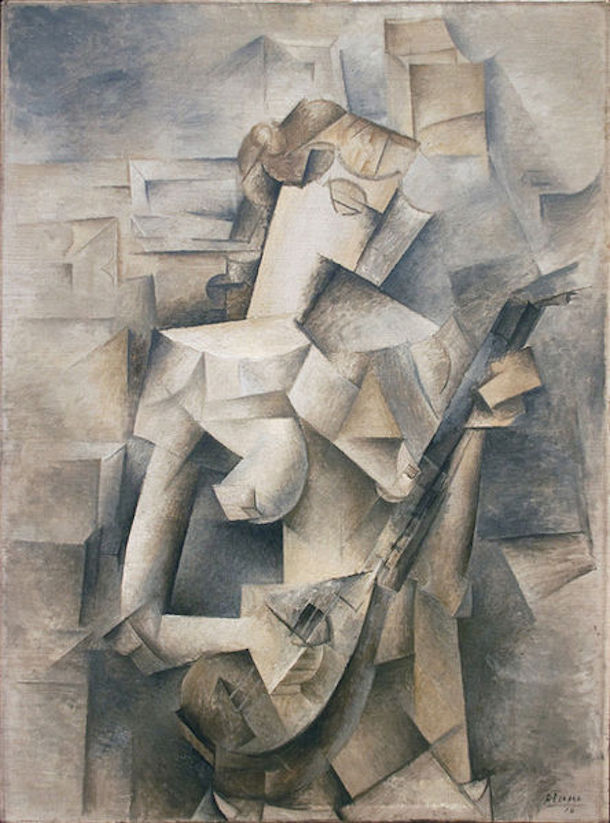 Over the years, Cubism developed into two distinct phases: the initial and more austere Analytic Cubism, and later phase of the movement known as Synthetic Cubism. In the first phase Cubists reduced objects to just a series of overlapping planes and lines mostly in near-monochromatic browns, greys or blacks. In this period, the favourite motifs of Cubists were still lifes with musical instruments, bottles, pitchers, glasses, newspapers and the human face and figure. Whereas in Analytic Cubism the small facets of a dissected or “analyzed” object are reassembled to evoke that same object, Synthetic cubist works often include collaged real elements such as newspapers. The inclusion of real objects directly in art is seen the start of one of the most important ideas in contemporary and modern art. Learn more about Cubism in History of Cubism, Analytic Cubism and Synthetic Cubism.