The Analytic Cubism developed between 1910 and 1912. The name ‘analytic’ coined by Juan Gris suggests that the technique involved a close examination and analysis of objects in order to translate it into geometric shapes, angles and lines. In this phase the artists restricted their subject matter to the traditional genres of portraiture and still life and also limited their colours to earth tones and muted greys. Although Picasso and Braque's works were often similar in appearance, their separate interests showed through over time. Braque tended to show objects exploding out into fragments, while Picasso rendered them magnetized, with attracting forces compelling elements of the pictorial space into the center of the composition. 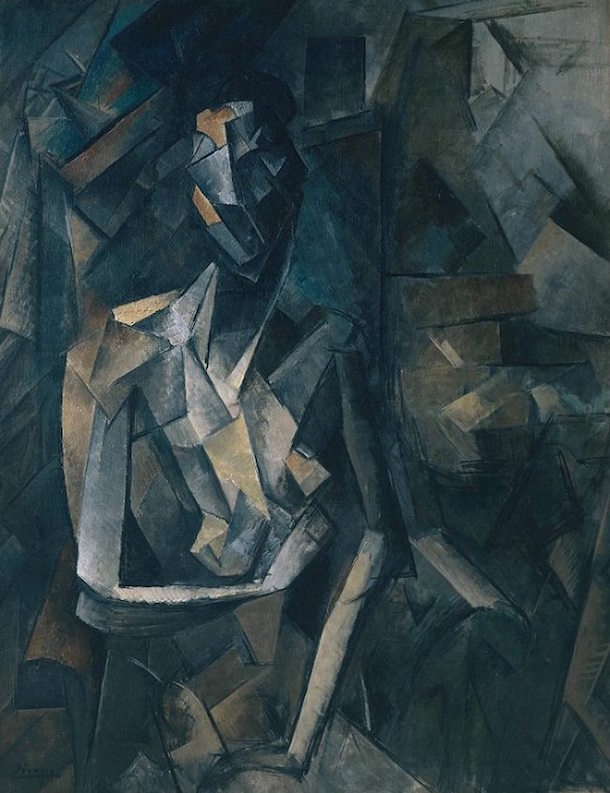 The main characteristics of analytical cubist paintings are: