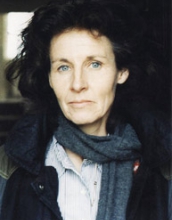 Ariel Luke studied at Wimbledon school of art where she was editor of the art school magazine. She then exhibited with the young contemporaries at the Royal Academy and at other venues in London. This period was followed by a decade concentrating mainly on screen printing and showing at ten galleries in London, but principally with the Lumley Cazalet Gallery.

In 1984 she was commissioned to piant her first house / garden and since that time has completed nearly 100 pictures of this genre in the United Kingdom, the Channel Islands, France and Italy. She has exhhibited at the Chelsea Flower Show and at Courson, near Paris. Amongst the better known are paintings of Glyndebourne, Garsington, Stowell Park and Bledlow Manor.

Ariel Luke has also designed an airmail letter for UNICEF and a set of stamps for the Jersey Post Office and taught at Radley College.

Galleries where she has shown over the years include Cas Pupo, Ebury Gallery, Editions Alecto, Graffiti Gallery, Jonathan Phipps, Zella 9, Studio 18, as well as in New York, Sydney, Australia and Hong Kong.
more >
14