In the ancient city of Vladimir, Vladimir, not living artist Yuri Negodaev. His fate as in a mirror reflected the fate of thousands of people living on the outskirts of the great Soviet empire. He was born in Semipalatinsk in eastern Kazakhstan. Central Asia and Kazakhstan since the Soviet Union can be likened to the biblical Babylon. Political emigrants, victims of Stalinist repression, the evacuees, conquerors of virgin land, "soldiers" of industrialization and collectivization of the roots grew into the land of the Soviet East. Arose a special ethnic group, received a crooked political definition - Russian-speaking population. But Union collapsed as a Tower of Babel, the fragments of colonial civilization scattered around the world. Yuri Negodaev at the invitation of his friend, writer and musician Sergei Milyaeva arrived in Vladimir. From that moment has passed for more than ten years, has formed a creative method of the artist. Became the basis for its multicultural awareness, the beginnings of which were laid in childhood, adolescence. Probably so, creativity Negodaeva has a supranational character. It can be found reminiscences of Western art of the Renaissance, Ancient Near East, the Russian avant-garde.

In the early years Yuri paid tribute to the passion for abstract composition. As remarked by the artist himself, a strong influence on him had a P. Filonov. Gradually becoming interested in figurative art, composed manner characteristic of contemporary works. The world of the artist on the one hand is well known. Biblical characters, personified allegory, "humanized" animals inhabit his paintings. Unusual to make the original reading of the artist. In his works, not to find pathos and sacred pathos. The artist deliberately distorts the living forms. The Three Graces, Adam and Eve, many angels are always a little awkward, big-nosed. Yuri is not fascinated spectator perfect harmony, but as it encourages: "sees the root!". What is beauty for the wizard? Obviously - Chekhov thesis here is not relevant. Artist rather reinterprets Leonardo’s approach. Da Vinci liked to look for beauty in ugliness. Negodaev the contrary, are doomed to be a master image, evert, showing that dissonance is possible. Harmonious body does not always contain a wonderful spirit and vice versa. This viewpoint brings the artist with the masters of the Northern Renaissance.

Another feature of creativity Negodaeva - the deliberate reduction in pathos, secularization of sacred stories (like this again did not remember P. Brueghel and Bosch I.). The Angels are very much in the paintings of the artist employed simple, but it seems very important for these cases. They catch fish, walk their cats on a leash, selflessly catch butterflies. Tigers, lions, panthers, rabbits can get together (blasphemy!) In the evening. As you can imagine, all these actions occur, of course, in the Garden of Eden!

Subject Eden is important for the artist. It occurs in those works, the names are not heard. For example, a series of allegories, personifications implicitly carries with it an element of the dream of paradise. Flora, Night, Europe, Asia, Africa, America, surrounded by cryptic scenery with fantastic trees, animals, that are still tempted to call kuschami. Such feelings are enhanced by gold backgrounds, who are so fond of the artist. Gold is known to be a sign of heavenly peace.

Speaking of coloring pictures Negodaeva, we should note its decorative effect. In some cases, the artist favors bright palette, where the soloist green, red and pink and blue hues ("Noah’s Ark," "The Rape of Europa", "Adam and Eve"). And in such works as "The Feast of the beasts", "A Walk in the Moonlight", a series of "cardinal" color based on the predominance of finely developed brown-ocher, yellow tones. No matter what scheme did not work the same artist is always his great attention to detail. Each piece of cloth carefully "discharged". Combining different textures, fine figure fine evoke associations with embroidery, tapestry. For the artist, no minor detail. The thin blade of grass, flower, grasshopper ulterior motive appeared in the picture. They are part of the universe that creates Negodaev, and in this universe has no beginning and no end. Perhaps that is why the composition of his work "open". They represent a part of one large frieze. Each of the following activities can be put into an imaginary number, complementing the picture of a world artist. Another feature of composition - a virtual lack of long-range plans, "overthrow" of the space. These techniques give the flatness of the image, increase the decorative sound.

Conditional styling the most appropriate method for forming the tasks which puts in his work Yuri Negodaev. On the world-a dream impossible to tell words, calculated at the world-reality. Therefore, both organically look at the paintings of the artist grasshoppers the size of a dog, a tiny pink crocodiles. And every "creaturely" creation looks at us with blue human eye, which read either question, whether reproach. Sometimes it seems that this view of the artist striving to find their own Eden. By the shores of the unknown floating ark, filled with goodness, beauty, and its pilot - the artist Yuri Negodaev.
more >
3 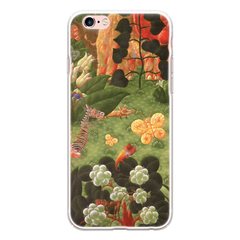 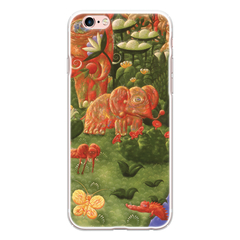 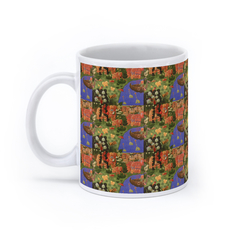 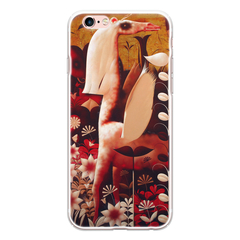 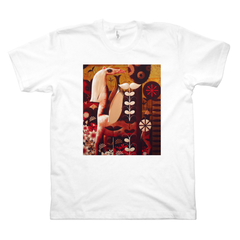 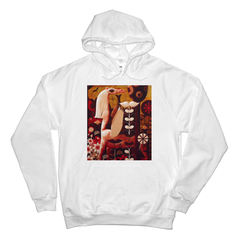 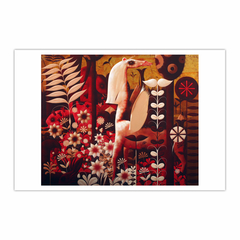 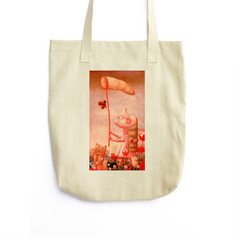 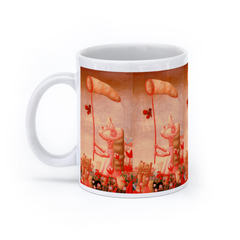 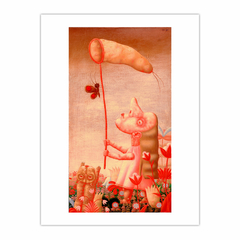 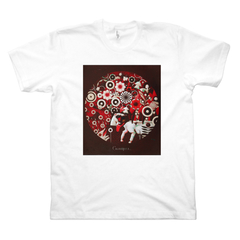