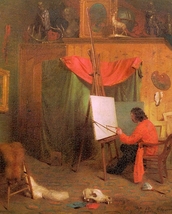 Beard was born in Painesville, Ohio. He studied abroad, is associated with the Düsseldorf school of painting, and in 1861 moved to New York City, where, in 1862, he became a member of the National Academy of Design. Beard was a prolific artist. His humorous treatment of bears, cats, dogs, horses and monkeys, generally with some human occupation and expression, usually satirical, gave him a great vogue at one time, and his pictures were largely reproduced.
His brother, James Henry Beard (1814–1893), was also a painter.
William is buried in Green-Wood Cemetery in Brooklyn, New York. [source]
more >
4 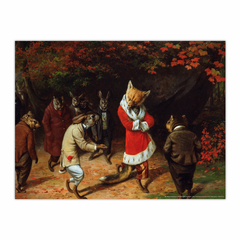 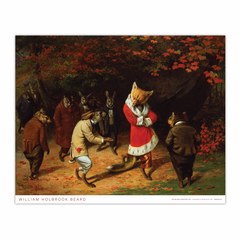