Thomas LeClear was born in the village of Candor, near Owego, in upstate New York, and demonstrated an early interest in painting. According to Henry T. Tuckerman's Book of the Artists, first published in 1867, LeClear, at the age of twelve, completed a painting of Saint Matthew, which was so admired by his neighbors that they were willing to pay him two and a half dollars for copies. In 1832 his family moved to Ontario, Canada, and a few years later LeClear became an itinerant portrait artist and decorative painter in upstate New York and as far west as Green Bay, Wisconsin.

In the early 1860s LeClear moved back to New York City. He was elected to full membership in the National Academy of Design in 1863. Within a decade after his return to the city, he was one of the most prominent portrait painters on the East Coast. He died in Rutherford, New Jersey, in 1882.
more >
3 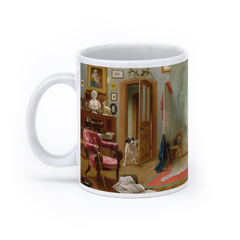 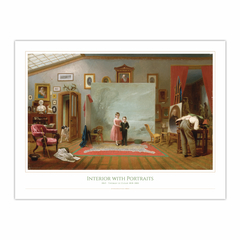