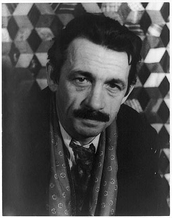 Thomas Hart Benton (April 15, 1889 – January 19, 1975) was an American painter and muralist. Along with Grant Wood and John Steuart Curry, he was at the forefront of the Regionalist art movement. His fluid, sculpted figures in his paintings showed everyday people in scenes of life in the United States.

Though his work is strongly associated with the Midwestern United States, he studied in Paris, lived in New York City for more than 20 years and painted scores of works there, summered for 50 years on Martha's Vineyard off the New England coast, and also painted scenes of the American South and West.
more >
2 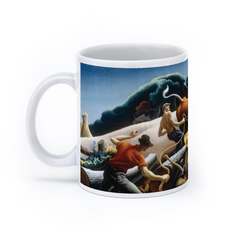