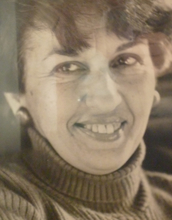 1944-2019
Teti Giannakou Koutsoukou was born in Athens, in 1944.
Her special interest in painting was obvious since her early childhood.
While she was employed in banking she studied dry pastel drawing technique in the workshop of Botis Thalassinos. In 1982 she started showing her paintings in exhibitions organized by the Society of Employees of Commercial Bank of Greece. As a member of the Bank's Group of Artists, her work was presented in major cities of Greece and Cyprus. In 1987 her landscape painting "North Evia" was awarded in the Pan-Hellenic exhibition of Parnassos Literary Society. In 1988, Aggelidou Gallery in Thessaloniki asked exclusivity of Teti's work in Northern Greece. Several exhibitions were held and Teti's paintings were also presented in Thessaloniki International Fair. She has been a member of "The House of Europe", "Parnassos" Literary Society, "Apellis" club of Visual Arts and the Pan-Hellenic Union of Literature and Art (Π.Ε.Λ.Τ.)
Teti is specialized in portraits. Amongst others, she has painted the portrait of former President of Greece Constantinos Karamanlis, which is being held in the Collection of Constantinos Karamanlis Foundation. In 2007, Benaki Museum included the portrait in its exhibition for the 100 years from the birth of the President.
Her work has been presented on ΕRΤ1 (Lila Kafandari and Yiannis Katranis show) and Thessaloniki TV. Several pieces of her work are being held in reputable private collections (Karamanlis Foundation, Macedonian Ancestry Museum, Sallivaros, Kontominas etc). In addition she has painted murals and decorations in house renovations, including an old 1920's mansion in P.Psychico and a hotel in Santorini. For several years she was undertaking the artwork of the theatrical settings for the performances of Polly Petromaniati Ballet School (Dionysia theater and Knossos theater)
She took part in more than 40 group exhibitions around Greece, and organized nine personal exhibitions in Athens (Democritus, Psychico Cultural Center, KEO etc), Thessaloniki, Evia and Tinos.
She passed away after brain surgery for glioblastoma in 2019. In loving memory of Teti, her works are managed and exhibited by her children, in cooperation with PELT (Πανελλήνια Ένωση Λόγου και Τέχνης)
more >
10 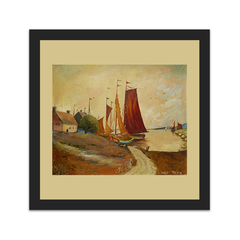 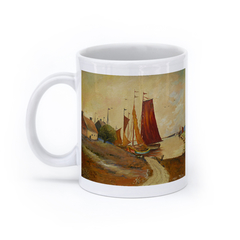 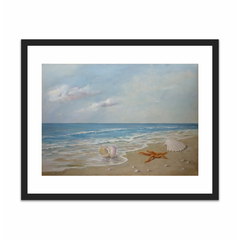 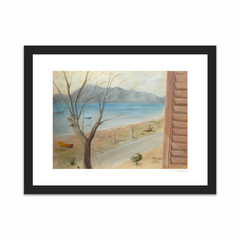 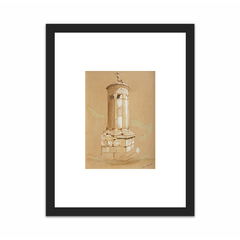 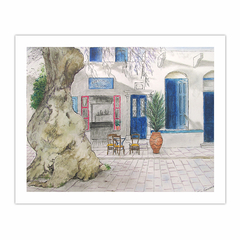 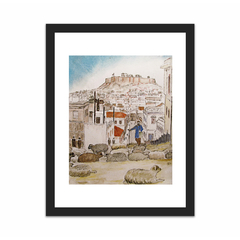 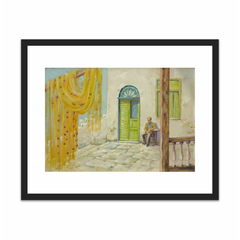 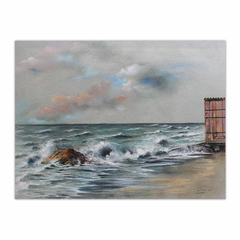 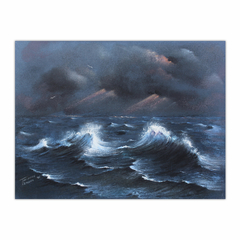 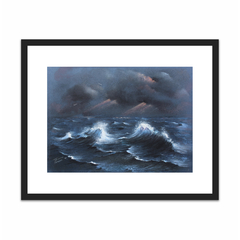 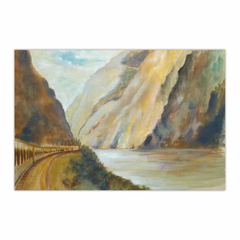 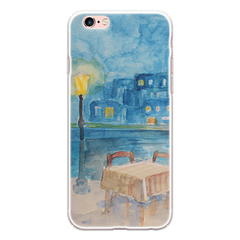 a quiet evening on the waterfront
Τέτη Γιαννάκου (Teti Giannakou)