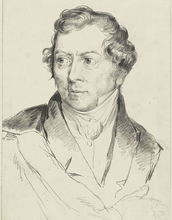 Hendrik Voogd was born in Amsterdam, where he went to the Stadstekenacademie art school. He was apprenticed to Jurriaan Andriesse, who specialised in wall hangings and interior decoration. In 1788, like many painters before, Voogd visited Rome to study further. There he remained, never returning to the Netherlands. Voogd mainly drew and painted landscapes in an elegant style and with an Arcadian ambience. Although his paintings recall the Italianate pictures of the 17th century, the atmosphere lies closer to the Romantic art of the 19th century. In his broad vistas, poignant groups of pine trees, particularly stone pine, and rapid waterfalls he conveyed the grandeur of nature, yet without the golden glow in which the landscapes of his 17th-century predecessors bask. In Voogd’s work, the light is cooler and the depiction meticulously detailed, with barely discernible brushstrokes.
[Source]
more >
12 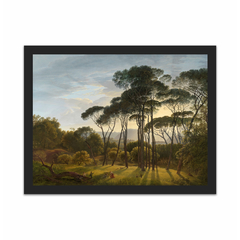 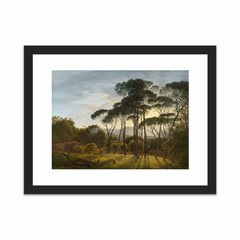 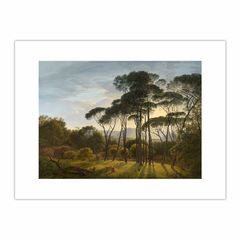