Born on 6th August 1956 in Greece – Thessaloniki.
• 1974-1985: Studied in Italy architecture, scenography and painting in the Academies of Venice and Florence under the very famous masters of art Emilio Vedova and Silvio Loffredo.
• 1982-1984: He was an apprentice in the studio of the world renowned Florentine portrait painter Pietro Annigoni.
• For more than 25 years he had been Professor of Painting, Freehand drawing and History of Art.
• 1978-1994: Designer of modern, handmade carpets.
• Throughout his lifetime he relentlessly paints with his unique creative style so producing genuine works of art where quality cannot be compromised. The art of George Pol. Ioannidis is a masterful combination of figurative and abstract painting with expressionistic emphasis and intensity in color. It embraces the entire history of art thus resulting in a singular eclecticism with surreal, symbolic and allegorical elements. He places the person at the very center and gives a strong lead to the feeling, the vision and imagination. He dissects the major chapters of life and death, of the soul and the outside world, of anguish and hope.
• He has presented his creative work many times, performing personal and group exhibitions in Public Galleries, Museums, Art Halls, Cultural Centers and private galleries.
• His creations are to be found at Municipal Galleries, Museums and many private collections in Greece and abroad.
• Several reviews, studies and articles have been written and published, about his paintings, by academicians, art historians, professors of great Art Academies, poets, writers, art critics, and journalists.

Leading painter, visionary, unruly, gifted of the nature with a rare perception.
Studying the work of Ioannidis becomes immediately perceptible that it's about true and really great art, which is much more than a decorative game. It's a struggle against an opponent who tries to humiliate the human being, to make him despicable existence, to release him from any obligation to the humanity. In his art we have the exaltation of human in the heights of heroic action, we have his furious passion for the overthrow of human humiliation and brutality of violence. It’s a strong protest. His painting is a powerful contradiction against the opportunists of art that, depending of the demands of profit, reject the necessity of revealing the modern human tragedy through artistic expression.
His subjects and his inspiration derived from both his contemporary and his youthful experience. The human being never escapes from the sight of the artist and is always placed at the heart of his creations as for the human activities, the feelings and the interests. So the artist through the human element and with an extraordinary manner lays bare the social wounds and the masqueraded misery. He does not hesitate to praise the real beauty, which is seemingly “aged”, but he accepts it as a template, as a starting point to succeed in his works an uninterrupted progress both in his art and in his aesthetic development. He isn't willing to give up the tested traditional life styles, thanks to a novelty of the form, which promotes the emptiness regardless of content.
His work is a continuous search – revelation of the TRUTH. It sounds bold, provocative, revealing and subversive. It's revolutionary art that not only satisfies the eye, but teaches the audience and sets people to think.
The great talent of Ioannidis is a mixture of lyricism and insurrectionism that causes severe shock in the boggy consciences.
more >
59 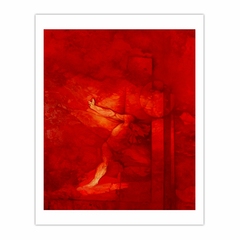 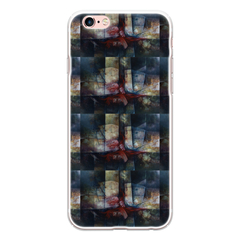 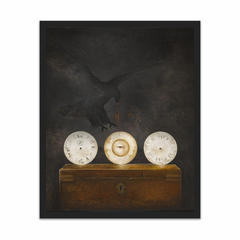