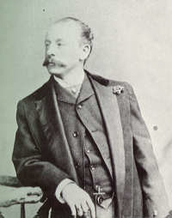 Bricher was born in Portsmouth, New Hampshire. He was educated in an academy at Newburyport, Massachusetts. He began his career as a businessman in Boston, Massachusetts. When not working, he studied at the Lowell Institute. He also studied with Albert Bierstadt, William Morris Hunt, and others. He attained noteworthy skill in making landscape studies from nature, and after 1858 devoted himself to the art as a profession. He opened a studio in Boston, and met with some success there. In 1868 he moved to New York City, and at the National Academy of Design that year he exhibited “Mill-Stream at Newburyport.” Soon afterward he began to use watercolors in preference to oils, and in 1873 was chosen a member of the American Watercolor Society. In the 1870s, he primarily did maritime themed paintings, with attention to watercolor paintings of landscape, marine, and coastwise scenery. In 1879, Bricher was elected into the National Academy of Design as an Associate member.
more >
11 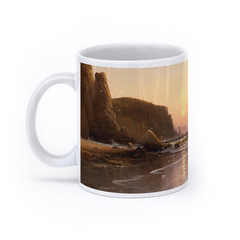