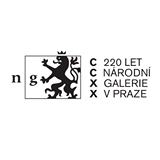 The National Gallery in Prague (Czech: Národní galerie v Praze) is a state-owned art gallery in Prague, which manages the largest collection of art in the Czech Republic. The collections of the gallery are not housed in a single building, but are presented in a number of historic structures within the city of Prague, as well as other places. The largest of the gallery sites is the Veletržní Palác, which houses the National Gallery's collection of modern art. It is one the largest museums in Central Europe.

The international collection includes numerous works by artists such as Picasso, Monet, Van Gogh, Rodin, Gauguin, Cézanne, Renoir, Schiele, Munch, Miró and Klimt; many of these are donations from the collection of art historian Vincenc Kramář.

Picasso, who has a spacious room to himself in the gallery, has two self-portraits there, and two of his nudes in addition to more abstract work. Works by Rodin, whose exhibition in Prague in the early 20th century had a profound impact on Czech sculpture for many years afterwards, include a series of busts and full-sized figure on a variety of subjects in the gallery.

The vast collection contains a large number of Czech and Slovak paintings and sculptures, including works by Alfons Mucha, Otto Gutfreund, František Kupka, Rudolf Fila, Vincenc Beneš and Bohumil Kubišta. Along with the Black Madonna House and the Museum Kampa, the Trade fair palace collection is one of the most notable collections of Czech Cubism in Prague. Notable works include Don Quixote by Gutfreund, Military Funeral by Beneš, an array of paintings by Kupka, covering almost all of the styles with which he experimented and the Slav Epic, a cycle of 20 large canvases by Mucha.