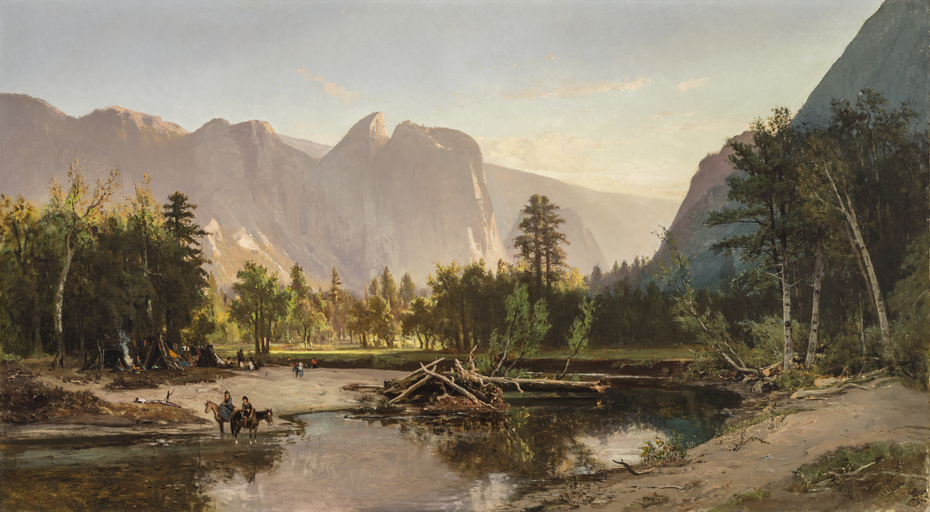 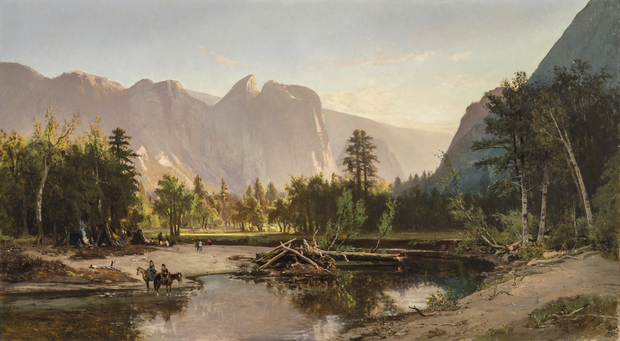 1875
In the autumn of 1872 Keith made the acquaintance of John Muir when he explored the hills beyond Yosemite with the naturalist. Yosemite Valley was a product of a later trip in 1875. A dramatic, composed image, it was painted in the artist’s studio specifically as an exhibition piece. It portrays a commanding view of Cathedral Rocks, which are in the valley along a bend in the Merced River. Nothing obstructs the panoramic view. A bit of the river bank is included as a repoussoir to lead the viewer into the scene. The towering trees are arranged on the sides to permit an open vista of the cliffs. The addition of the riders, while suggesting a narrative, was also essential to the composition. Even the pile of dead tree trunks in the center of the painting was arranged so that the large logs would link the two sides of the painting. Keith created many such epic paintings during the period between his two European trips, and many of these were criticized as too artificial. Although the general appearance of this version might give the impression of a standard picturesque composition, Keith avoided the tight, linear painting style associated with the Düsseldorf school. He also escaped the pervasive grays of such German landscapes by infusing the background of Yosemite Valley with an array of soft, opalescent hues. [source]