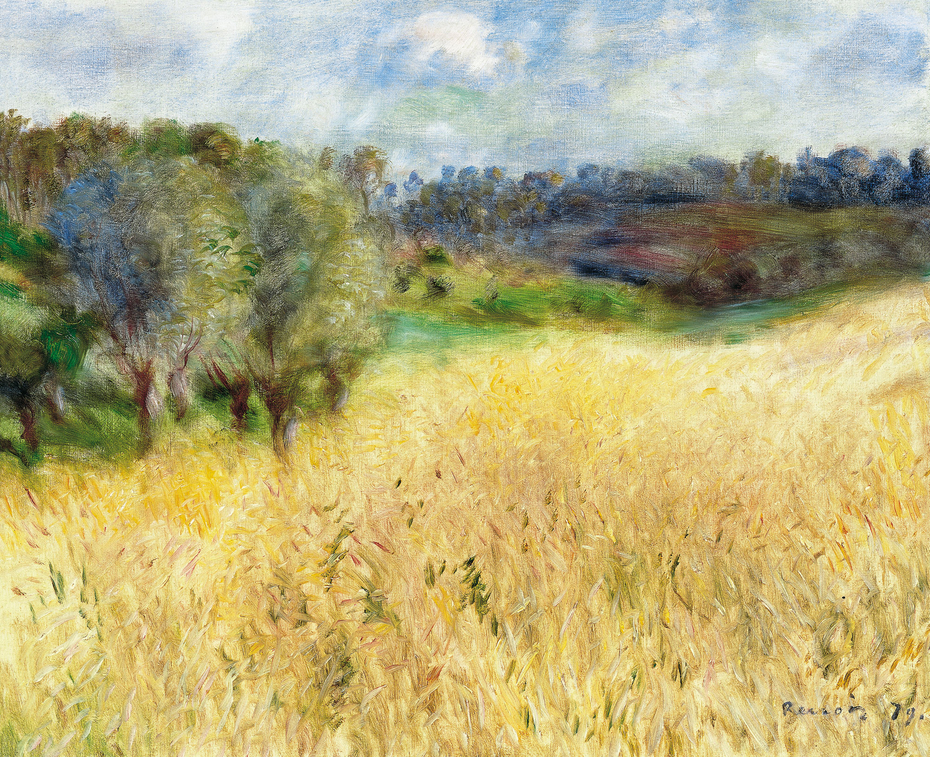 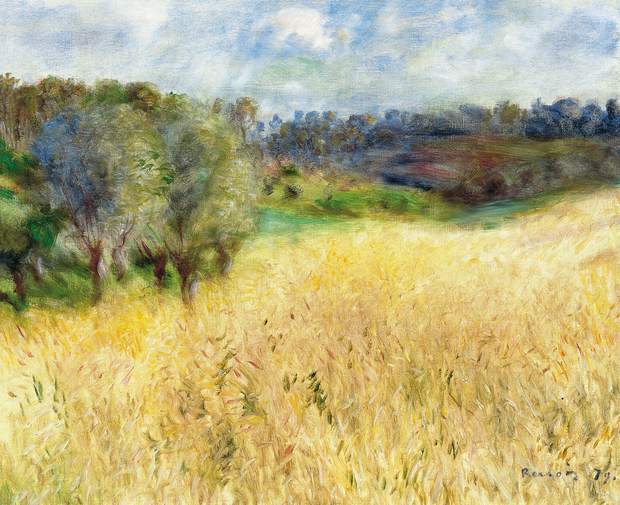 This landscape shows a wheat field near Wargemont, in Normandy, where Renoir spent several summers at the estate of his friend and patron, the banker Paul Bérard. Like Renoir’s earlier landscapes, this later picture was painted outdoors, in one or more sessions. The wheat field, the trees on the left, the hill in the background and the sky were created with large light and dark masses, applied using diluted colours. Highlights were then captured with added brushstrokes of different colours. Wheatfield was painted at a time when Renoir’s early success had brought him numerous commissions for portraits. By contrast, this landscape is remarkable for its simplicity and its blunt rejection of anecdote and picturesque detail.