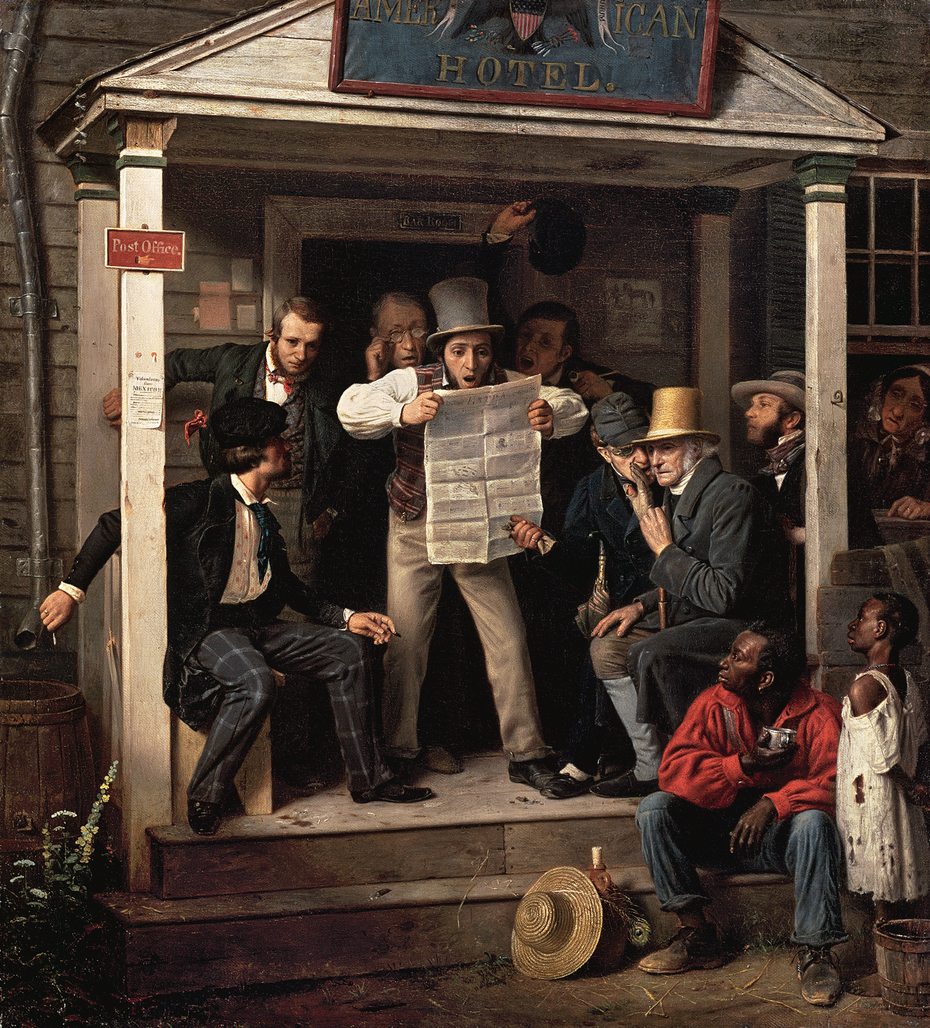 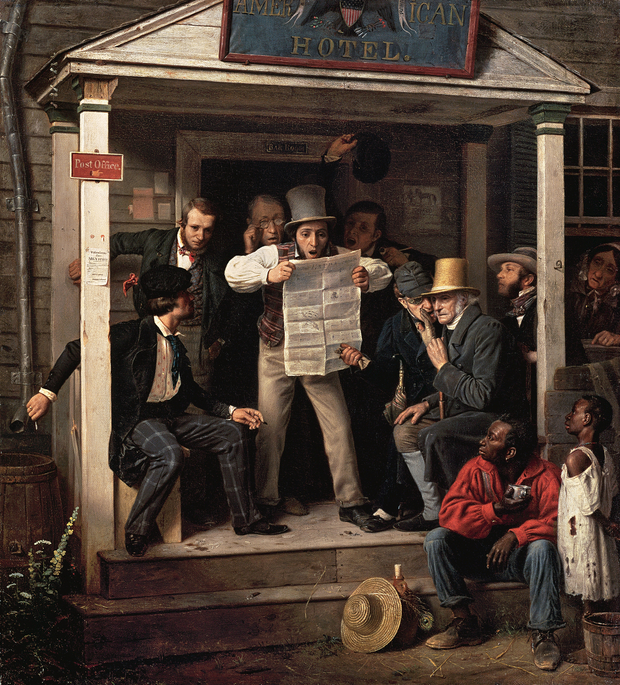 1848
War News from Mexico depicts America's thirst for news from the Mexican-American War (1846-48). A group gathers at the generically named "American Hotel"—which represents the country as a whole rather than a specific location—to learn the latest news from the war. The central figure reads excitedly, with raised eyebrows and mouth agape, while the others strain to catch every word. The painting also calls attention to those who remained on the margins of citizenship. Read more...