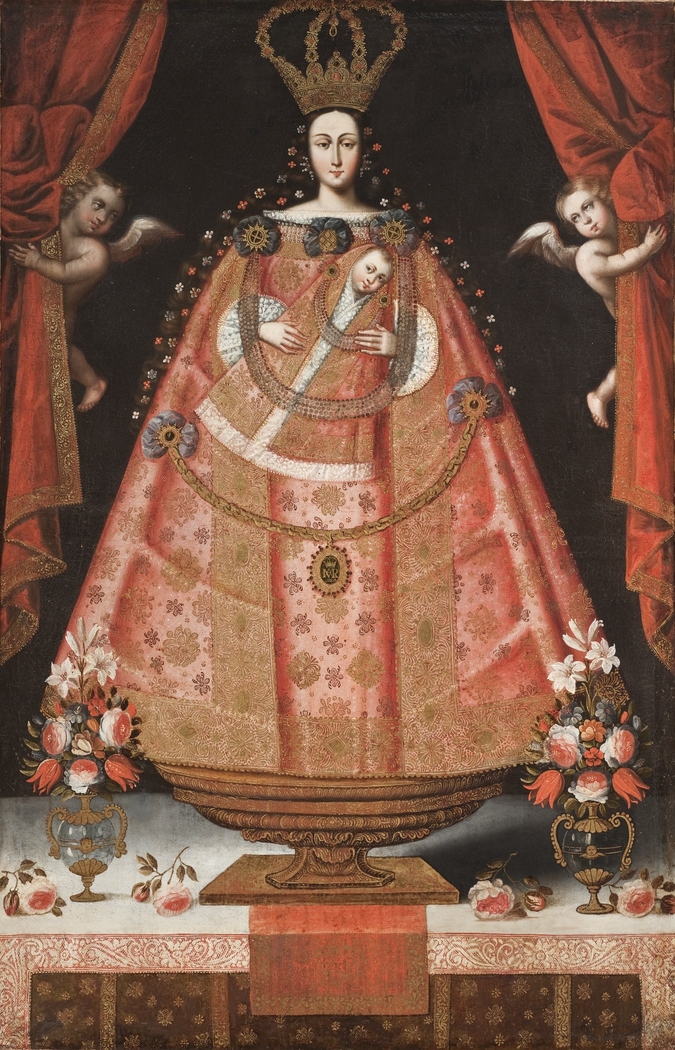 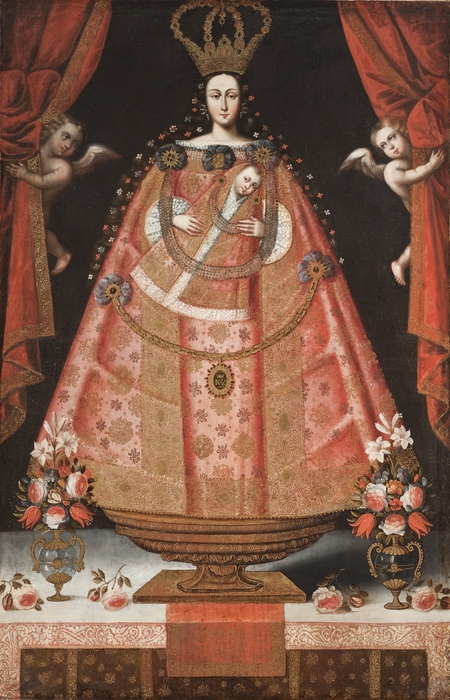 1700 - 1720
This painting is a fine example of a colonial statue painting. Statue paintings represent sculpted images of Mary, or other religious figures, in their altars. Many of these paintings were believed to share the divine power of the sacred sculpture. The Virgin of Belén is one of the most revered sculptures of Cuzco and a star of the famous Corpus Christi procession that takes place every year in that city. Legend has it that in the sixteenth century a group of fisherman found a wooden box floating in a lake near the town of San Miguel. Upon opening the box, they discovered a beautifully carved image of the Virgin Mary along with a note stating that she was a gift to the city of Cuzco. News of the miracle spread quickly as various churches vied to have her in their sanctuary. She was granted to the Church of the Reyes Magos which thereafter changed its name to that of Our Lady of Belén (the name inscribed on the note with which she was found). The Virgin, affectionately known today as "Mamacha" (Our beloved mother), soon began to perform all sorts of miracles becoming one of the most revered and reproduced images of the Cuzco School.

In this painting the richly dressed and bejeweled Virgin is portrayed atop her altar in the rigid frontal pose characteristic of statue paintings. A bundled up Christ child is equally lavishly dressed. Two charming putti are shown pulling the curtains open to display the holy image. The profusion of brocateado, a technique of applying gold leaf ornamentation to the surface of the canvas, provides a unique shimmer and texture to the painting. This technique was widely used throughout the Hispanic world but it is most closely associated with Cuzco, especially after native artists withdrew from the Spanish-dominated guild in 1688 and developed their own pictorial style, known as the Cuzco School.