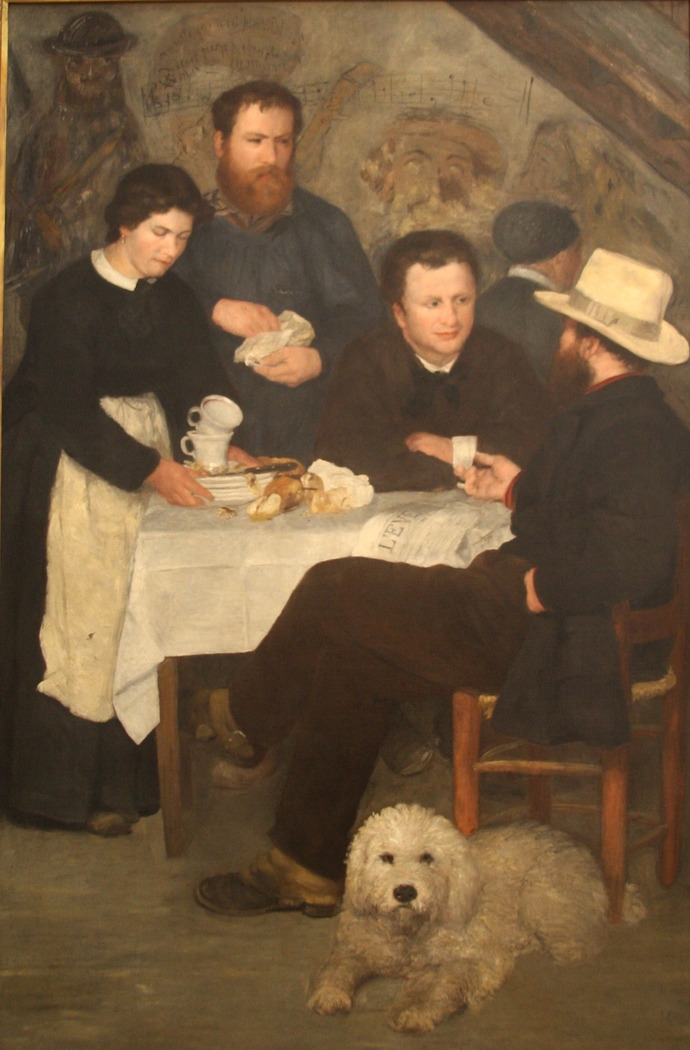 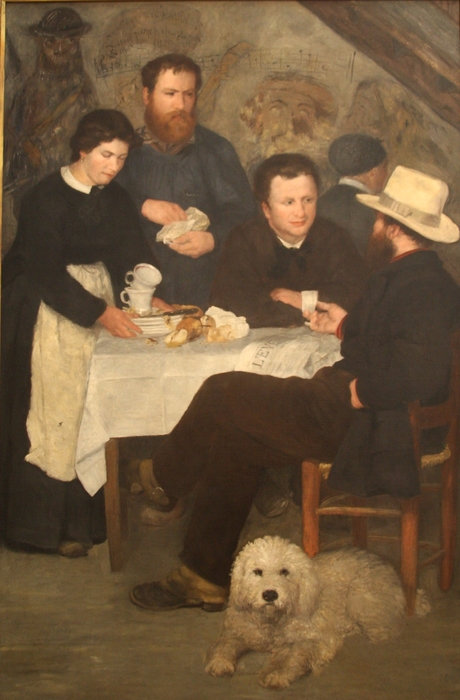 The painting depicts the interior of a tavern in the forest of Fontainebleau, south of Paris. This tavern was a popular haunt for artists working in the area. To the right, in a yellow straw hat, sits the painter Alfred Sisley. Like Renoir, some years later he would be included in the Impressionist group. On the table lies an issue of L’événement, the newspaper that published some of Emile Zola’s most noted art reviews. A wall-painting can be seen in the background, which was executed by some of the artists of the area.