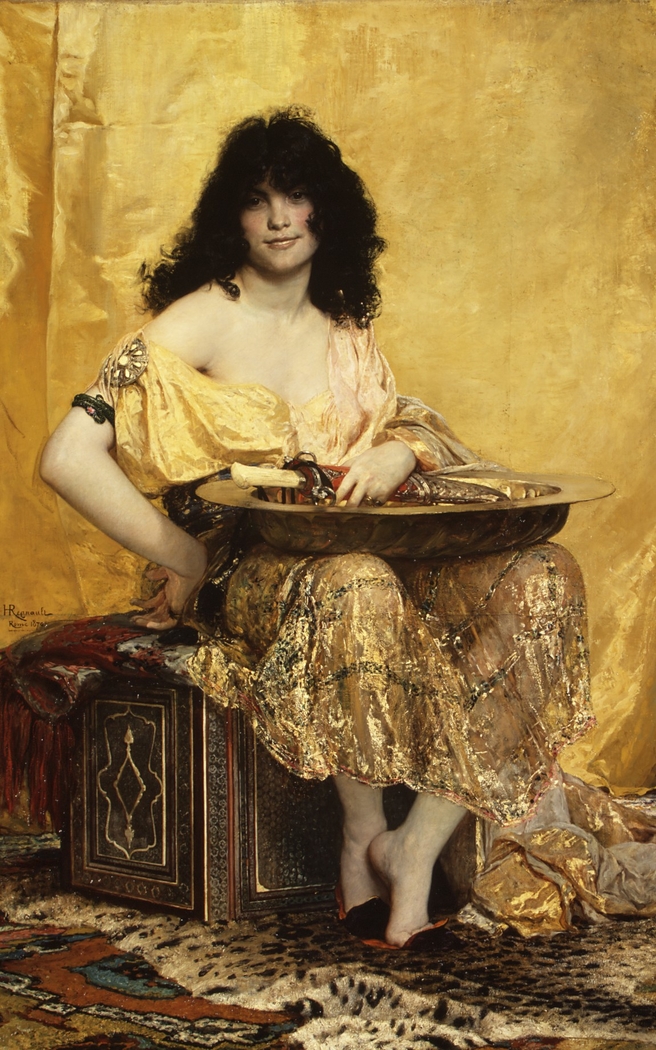 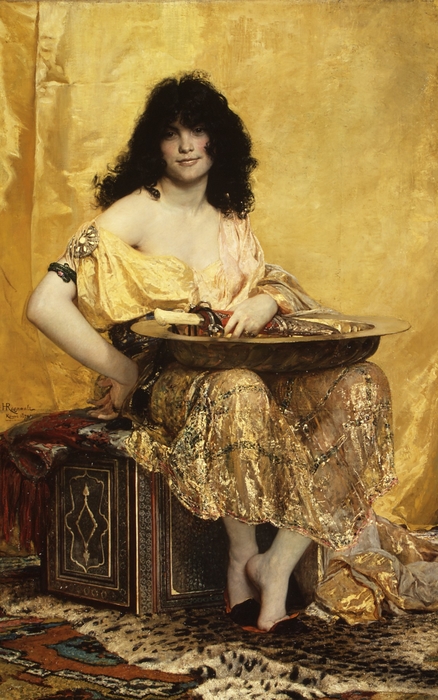 1870
Regnault initially represented this Italian model as an African woman, but later enlarged his canvas at the bottom and right and transformed it into a representation of the biblical temptress Salomé. Hair ruffled, clothes in disarray, she has just danced for her stepfather Herod, governor of Judea. The platter and knife allude to her reward: the severed head of John the Baptist. Just months after this picture’s sensational debut at the Salon of 1870, the young Regnault was killed in the Franco-Prussian War. His posthumous fame was such that an outcry arose when the painting left France for America in 1912. (Source: The Metropolitan Museum of Art)

License:
Courtesy of The Metropolitan Museum of Art
For more:
https://www.metmuseum.org/art/collection/search/437384