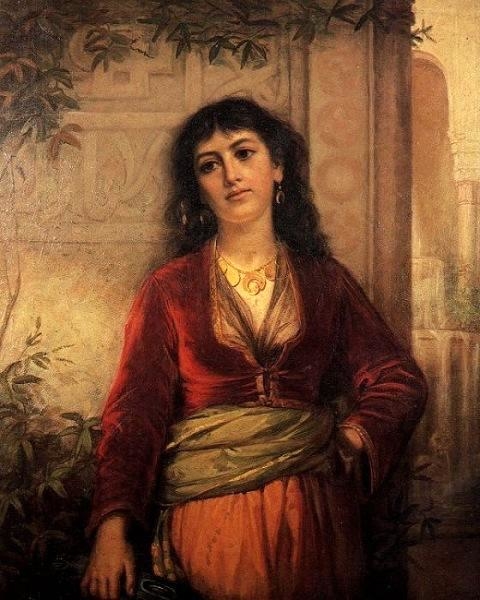 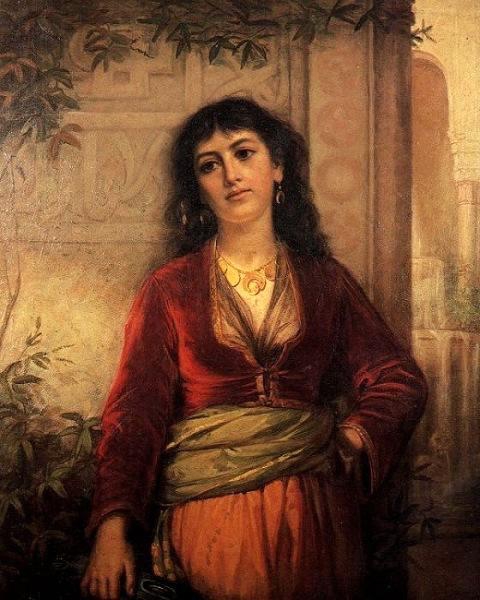 The Unwelcome Companion: A Street Scene in Cairo

It was misidentified as Spanish Tambourine Girl until a label with the correct name was discovered by Anthony Hobson.

As the scenario of The Unwelcome Companion "is obscure", Hobson says that Waterhouse "Had not yet acquired that combination of an appropriate setting with the pose and gesture of the figure which within a few years was to make him an outstanding illustrator of the legends".

Waterhouse later depicted the same woman in the same dress in his work, Dancing Girl.

License:
This image may be subject to copyright.
For more:
http://en.wikipedia.org/wiki/The_Unwelcome_Companion:_A_Str…