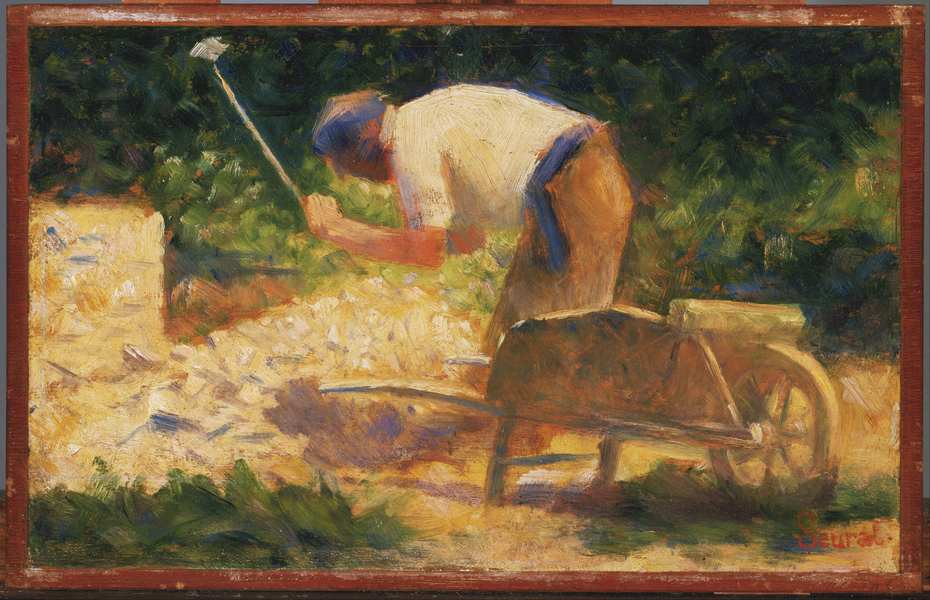 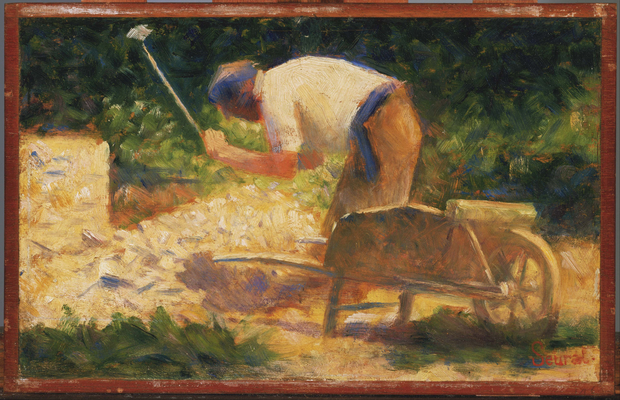 Painted in Le Raincy, northeast of Paris, The Stone Breaker is one of several small oil sketches on panel – called croquetons – that Georges Seurat painted between 1880 and 1883, very early in his career. Most of them are compact vignettes of laborers – reapers, gardeners, haymakers, stonebreakers – toiling in the sunlit fields and roads of the suburbs around Paris. Seurat’s choice of field hands as subject matter reflected the influence of Jean-François Millet, however, unlike Millet, he intended no idealogical or social commentary on the hardships of peasant life. By objectively depicting the anonymous stonebreaker shattering rocks for the road, Seurat shared more with Courbet, who had painted the same subject thirty years earlier. Like Courbet, Seurat deemed the stonebreaker worthy of representation without “concocting literature on (the worker’s) emotions. While implying empathy for honest workers, Seurat was also concerned with formal issues of composition and contrasts of color and light. To Duncan Phillips, Seurat’s “orchestration with rhythms of line” was one of the “foundations on which the entire edifice of… new painting (was) based.”