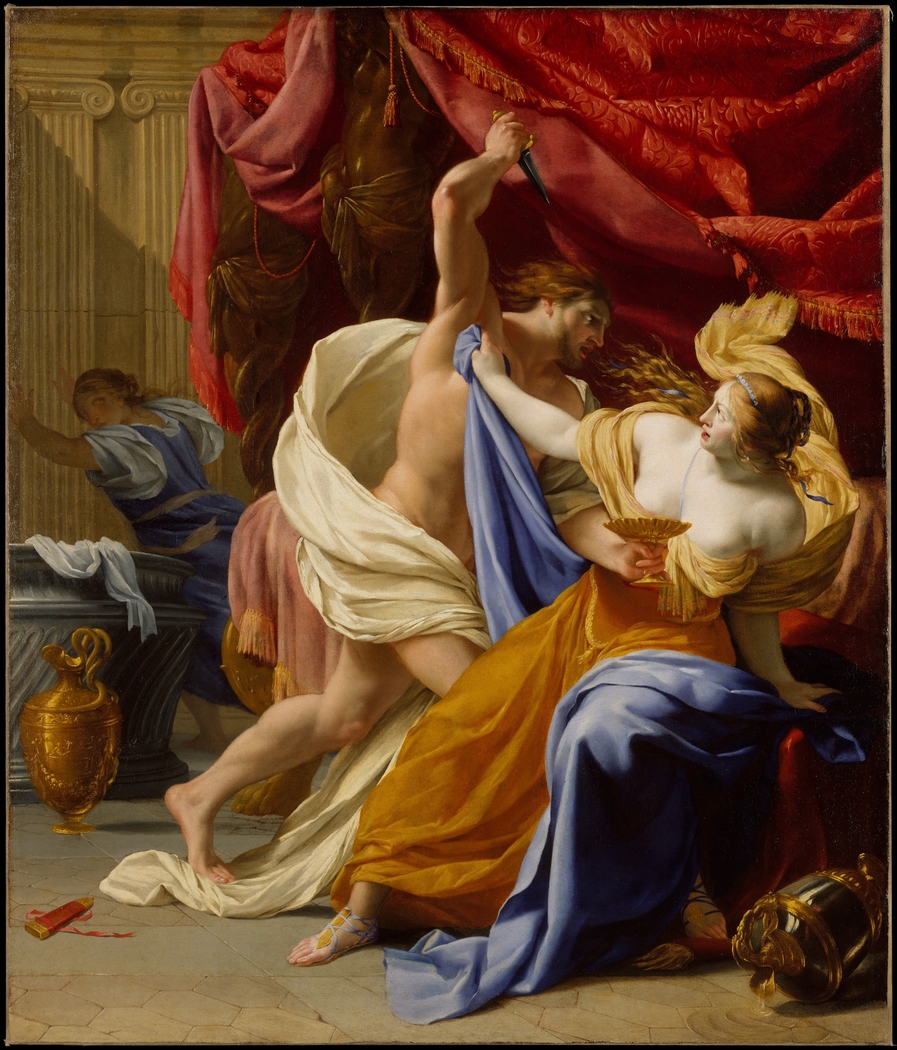 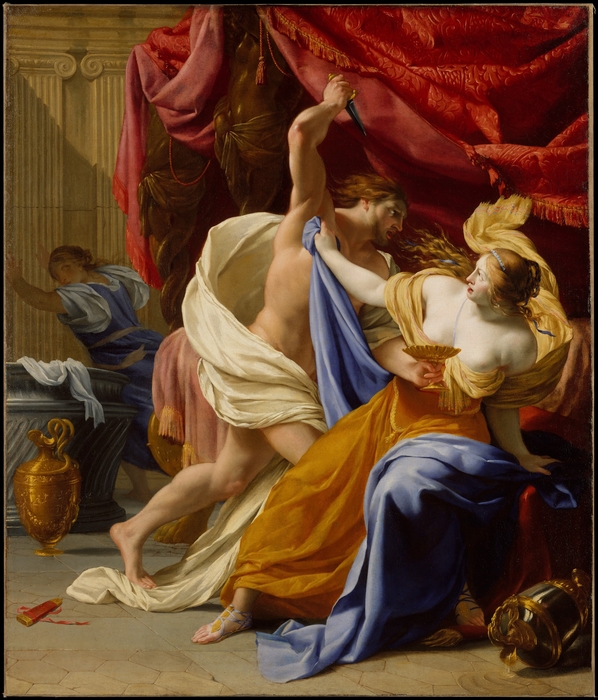 The Rape of Tamar

1640
The painting represents Tamar being raped by her brother, Amnon. According to II Samuel 13:1–22, Amnon, a son of David, fell in love with his sister Tamar, and with a friend conceived of a ruse whereby he feigned illness and requested his sister attend him. When alone, he turned on her and raped her. Overcome with revulsion for what he had done, he then had her expulsed from the bedchamber. Their brother Absalom discovered the deed and had Amnon slain. This picture was painted when Le Sueur was still deeply influenced by his teacher, Simon Vouet. (Source: The Metropolitan Museum of Art)

License:
Courtesy of The Metropolitan Museum of Art
For more:
https://www.metmuseum.org/art/collection/search/436858