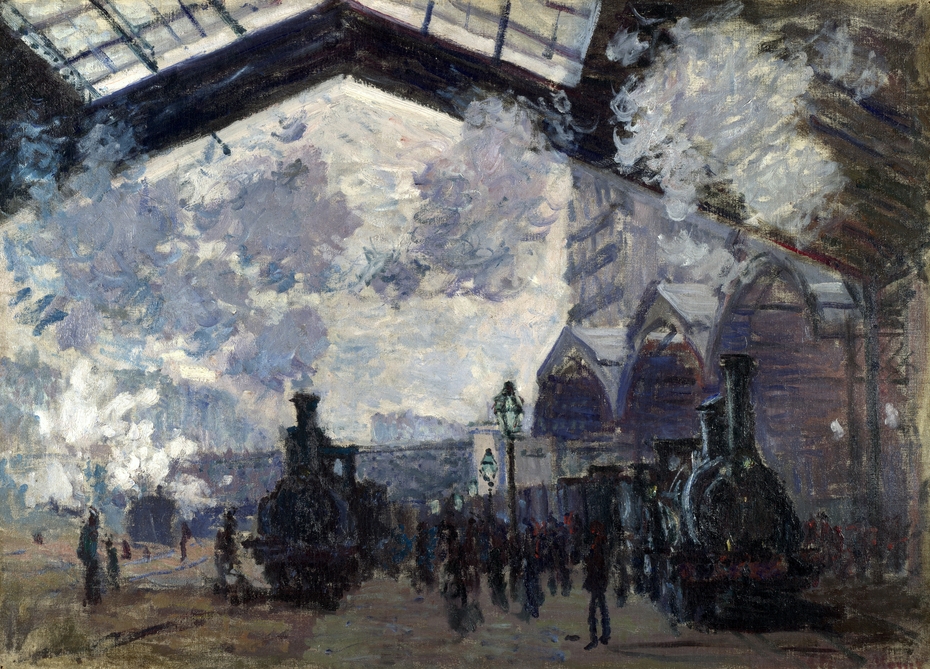 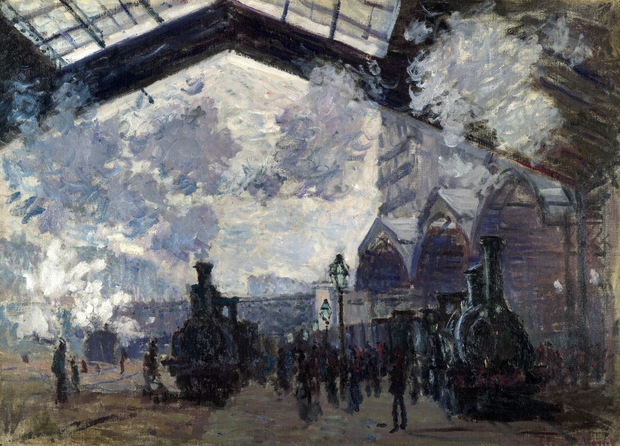 1877
After his return to France from London, Monet lived from 1871-78 at Argenteuil, on the Seine near Paris. In January 1877 he rented a small flat and a studio near the Gare St-Lazare, and in the third Impressionist exhibition which opened in April of that year, he exhibited seven canvases of the railway station. This painting is one of four surviving canvases representing the interior of the station. Trains and railways had been depicted in earlier Impressionist works (and by Turner in his 'Rain, Steam and Speed'), but were not generally regarded as aesthetically palatable subjects. Monet's exceptional views of the Gare St-Lazare resemble interior landscapes, with smoke from the engines creating the same effect as clouds in the sky. Swift brushstrokes indicate the gleaming engines to the right and the crowd of passengers on the platform.