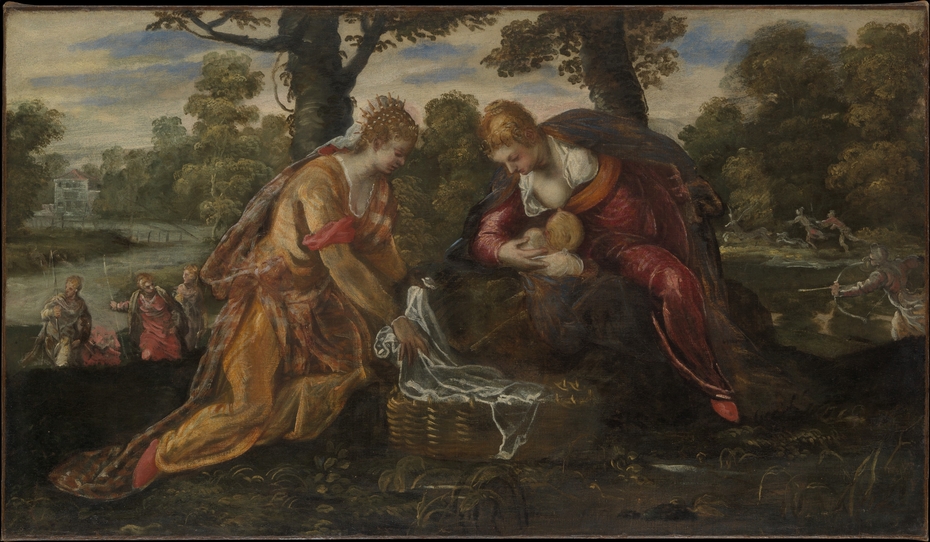 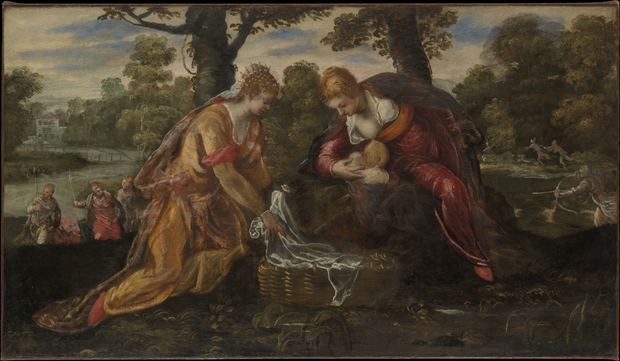 The Finding of Moses

1530 - 1594
The biblical story of the Finding of Moses was popular in Venice. Tintoretto gives it an unusual twist by showing Pharaoh’s daughter watching as a nurse is found for the baby (actually his own mother), rather than the more typical discovery in the bulrushes. The meaning of the hunting scenes in the background remains mysterious. The proportions of the figures and the painting’s sketchy quality have led some critics to suggest that it might be by Jacopo’s son, Domenico. (Source: The Metropolitan Museum of Art)

License:
Courtesy of The Metropolitan Museum of Art
For more:
https://www.metmuseum.org/art/collection/search/437820