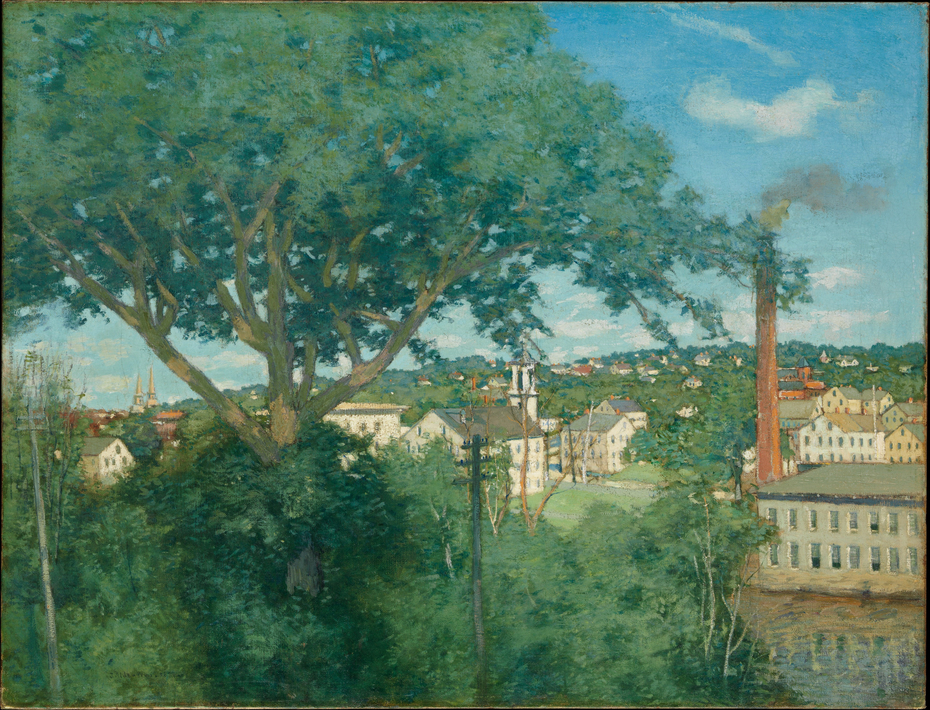 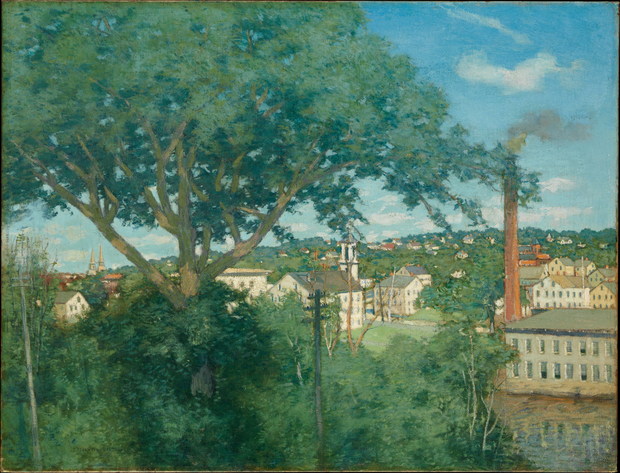 1897
Having studied with leading academic painters in Paris, Weir was repelled by French Impressionism in the 1870s. By the 1890s, however, under the influence of Childe Hassam, Theodore Robinson, and others, he had himself adopted the style. Here, he celebrated picturesque New England industry, offering symbols of progress in harmony with nature. A large tree spreads its protective canopy over two telegraph poles, in the extreme foreground, as well as over the smokestack and spool shop (with tower) of the Willimantic Linen Company’s Connecticut factory. In the tranquil scene, there is no hint of the company’s labor woes or financial problems. (Source: The Metropolitan Museum of Art)

License:
Courtesy of The Metropolitan Museum of Art
For more:
https://www.metmuseum.org/art/collection/search/13180