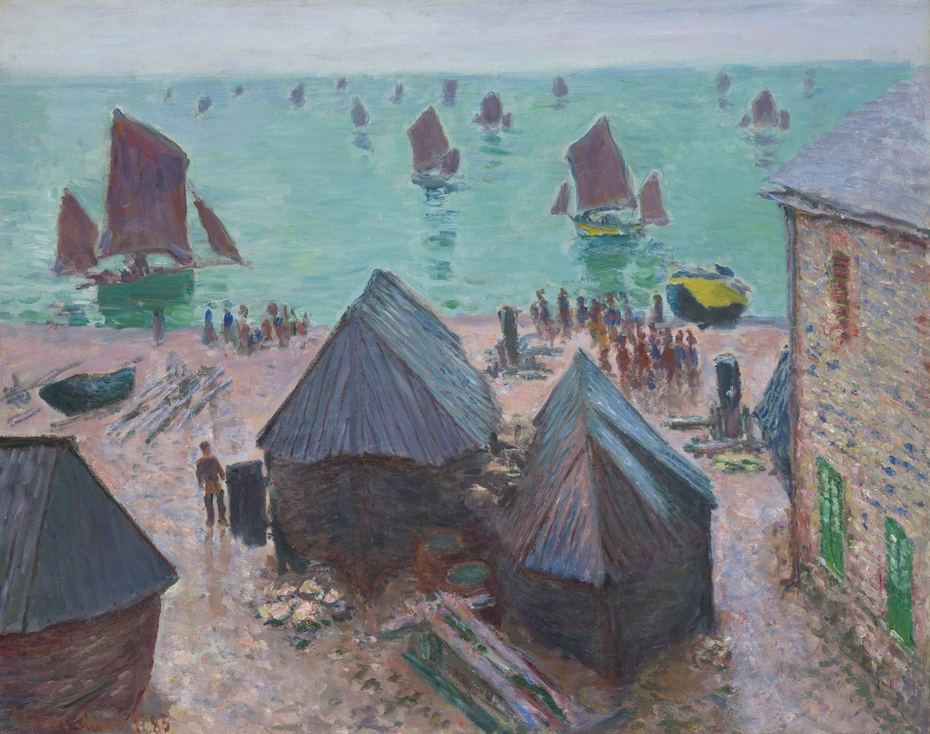 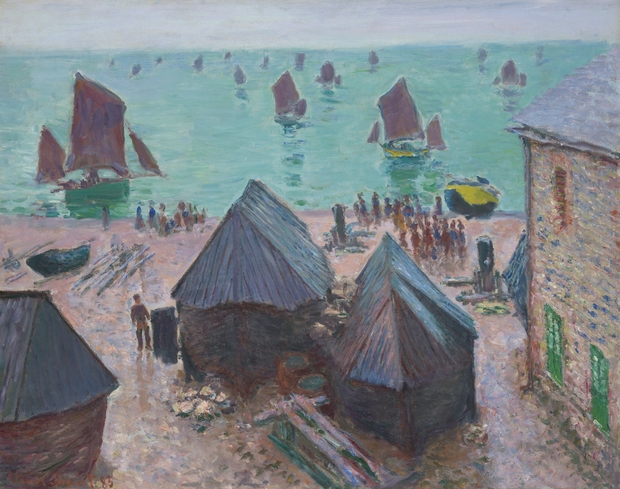 The Departure of the Boats, Étretat

1885
Forced indoors by inclement fall weather, Claude Monet painted Boats on the Beach at Étretat and The Departure of the Boats, Étretat while looking out the window of his room at the Hôtel Blanquet. The two form a pair that share a palette, subject, and vantage point. In one of his daily letters to his companion and future wife, Alice Hoschedé, dated November 24, 1885, Monet described first Boats on the Beach and then Departure of the Boats: “In the afternoon, I worked in my room on my caloges [retired fishing boats covered with tarred planks and used for storage] in the rain, then I attempted to do, always through the window, a picture of the boats departing.”

Monet centered each composition on the boats, combining pastel blues, pinks, purples, and greens to render wet surfaces. The brightly colored hulls of beached crafts lend relative scale to the structures in Boats on the Beach, and the groups of figures at the water’s edge, composed of quick, gestural strokes, register human activity in Departure of the Boats. Monet purposefully arrived well after tourist season, so it is unclear whether he observed the fashionably dressed women at left or rather inserted them as a foil to the local fishermen at right. (Museum: Art Institute of Chicago)