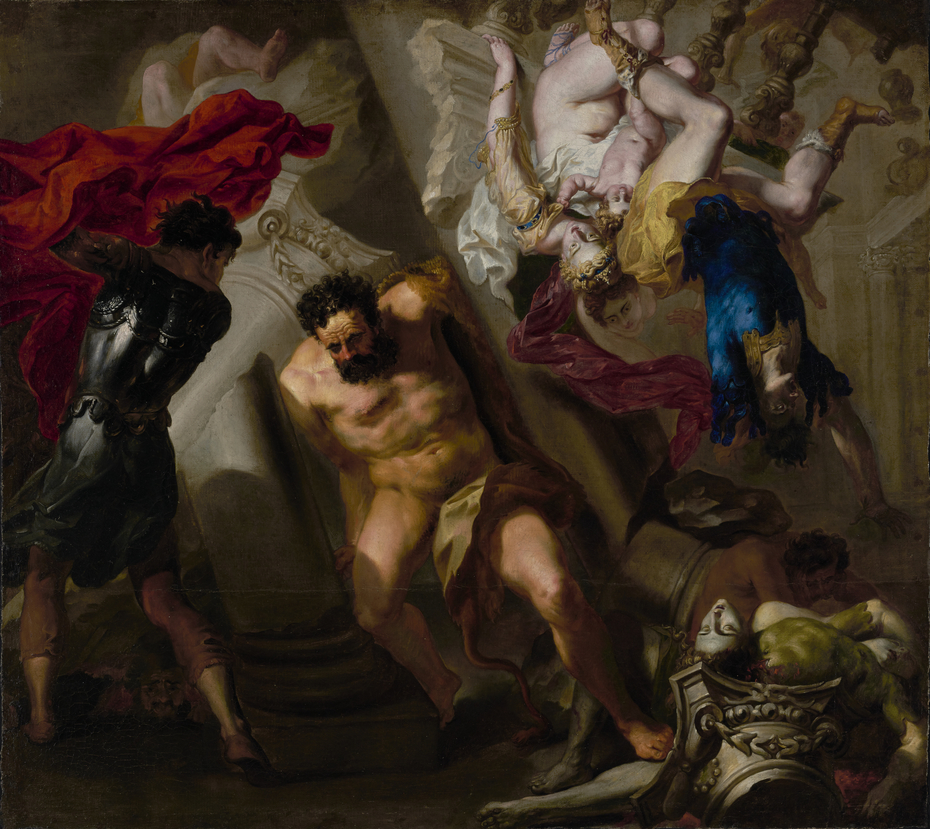 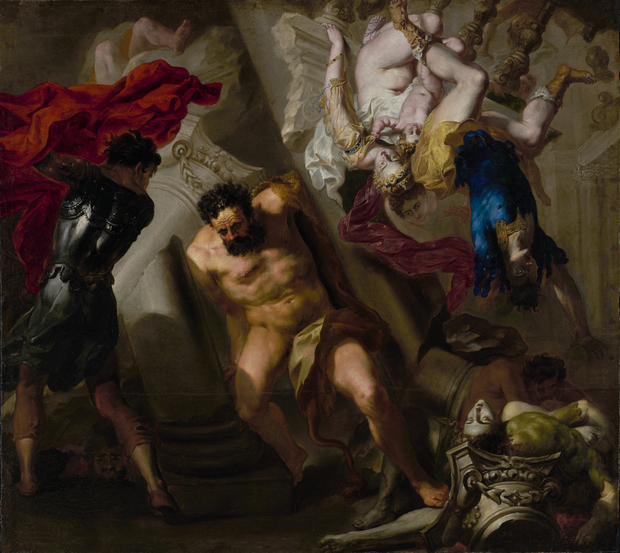 The Death of Samson

Blinded and shackled to the columns of the Philistines' temple for public display and ridicule, the Israelite warrior Samson avenged himself by bringing the building down around him. His previously shorn hair, the source of his extraordinary strength, had grown back, returning his power and allowing him to kill more Philistines in death than during his lifetime.

This complex, carefully orchestrated yet apparently chaotic, painting was intended to be seen from far below and may even have been a ceiling painting. The artist based the figure of Samson and the tumbling Philistines on ancient sculpture.

License:
Courtesy of The Getty
For more:
http://www.getty.edu/art/collection/objects/852/unknown-mak…