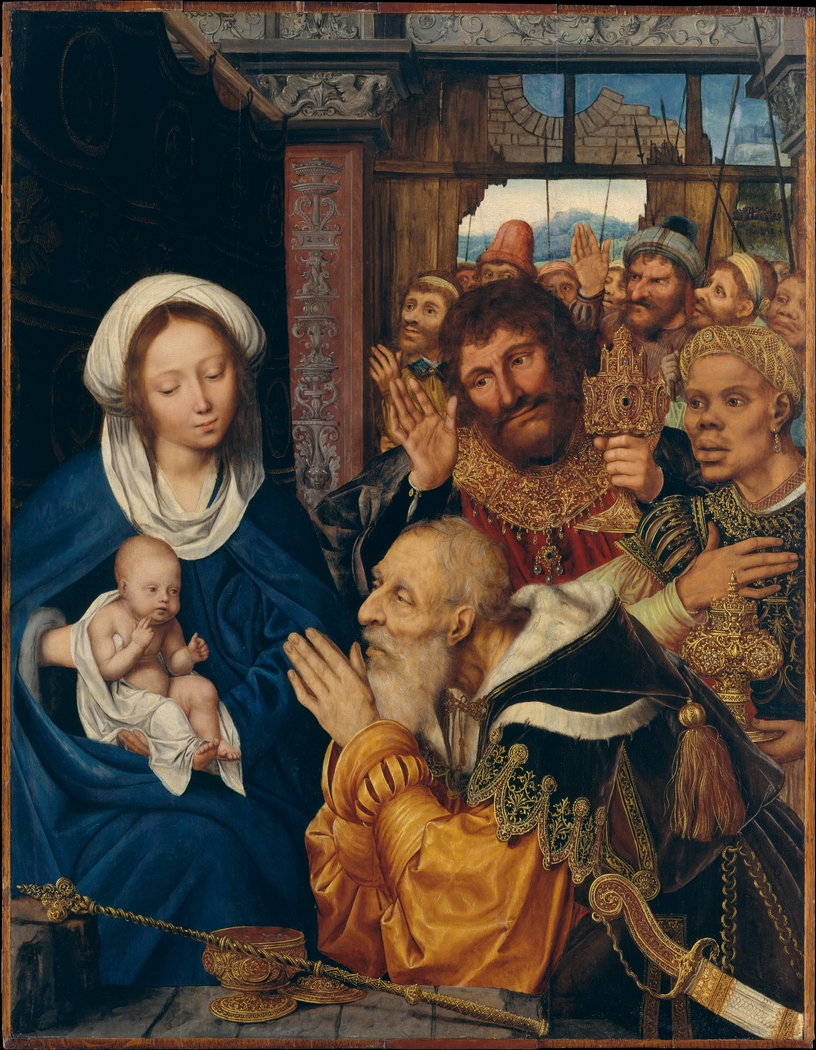 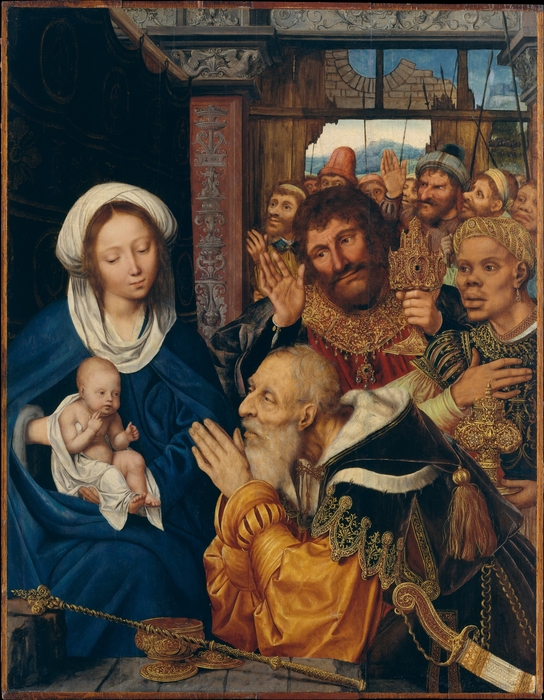 The Adoration of the Magi

1526
This intentionally claustrophobic composition is characteristic of the Antwerp Mannerist style of the first half of the sixteenth century. The scene is viewed up close, with half-length, gesticulating figures separated from the viewer by a fictive ledge. Finely wrought goldsmith work—such as was actually produced for the opulent taste of the cosmopolitan community in Antwerp—abounds. The caricature-like features of the Magi and their retinue reveal the artist’s interest in the extreme physiognomic types popularized by Leonardo da Vinci and made available through prints. It was this interest in the psychology of physiognomy that made Metsys such a gifted portraitist.

Quentin Massys was a leading proponent of the Antwerp Mannerist style of the first half of the sixteenth century. This Adoration scene was painted in 1526, toward the end of Massys’s career, as is indicated by the number "26" on the decorated pilaster between the Virgin and Magi. The riches displayed in the Magi’s clothing and gifts directly relate to the wealthy community in contemporary Antwerp, which at the turn of the sixteenth century was a prominent trade center (Sintobin 1998). Massys’s observation of the foreign residents of his city may have contributed to his representation of the African king. The theme of the Adoration of the Magi was especially popular with Antwerp Mannerists, as it allowed for the depiction of ornamental costume and exotic elements within a theatrical space. An elaborate setting, in which decorative motifs are combined with architectural decay, is also characteristic.

Massys is known to have combined Flemish tradition with Italian Renaissance features. The physiognomies of the figures in the crowd show the influence of the grotesque faces in paintings by Hieronymus Bosch. The head of the oldest king is based on Leonardo da Vinci’s Head of an Old Man, and the faces of some of the followers are reminiscent of his Physiognomics (both in the Royal Library, Windsor).
(Source: Metropolitan Museum of Art)

License:
Courtesy of the Metropolitan Museum of Art
For more:
https://www.metmuseum.org/art/collection/search/436984