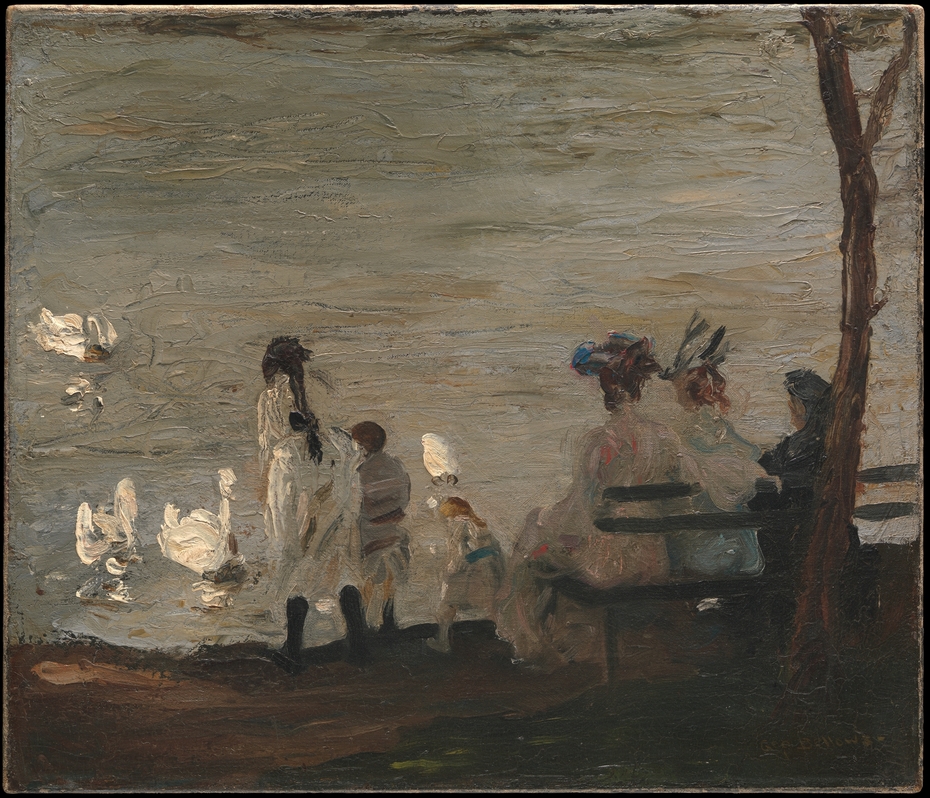 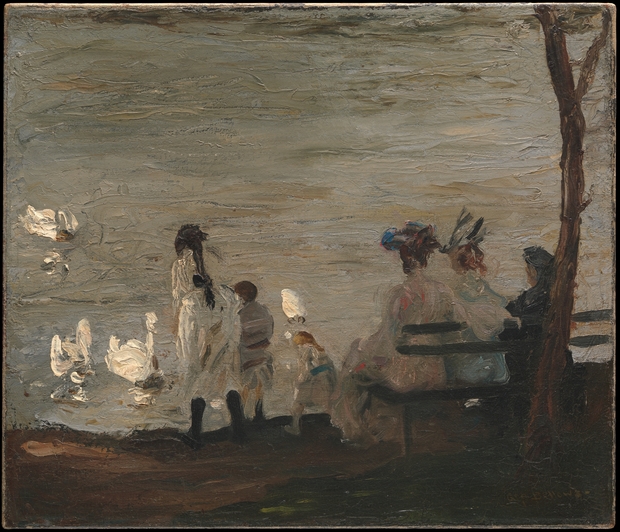 1906
Having given up his studies at Ohio State University after three years, Bellows arrived in New York in 1904. Under the influence of his teacher, Robert Henri, he devoted himself to recording vignettes of city life. In this, one of his earliest New York scenes, Bellows depicted children feeding the tame swans that inhabited the ponds of Central Park. Thickly applied paint energizes the painting’s surface and anticipates the dashing brushwork that Bellows enlisted for his later views of grittier neighborhoods and their denizens. (Source: The Metropolitan Museum of Art)

License:
Courtesy of The Metropolitan Museum of Arte
For more:
https://www.metmuseum.org/art/collection/search/495297