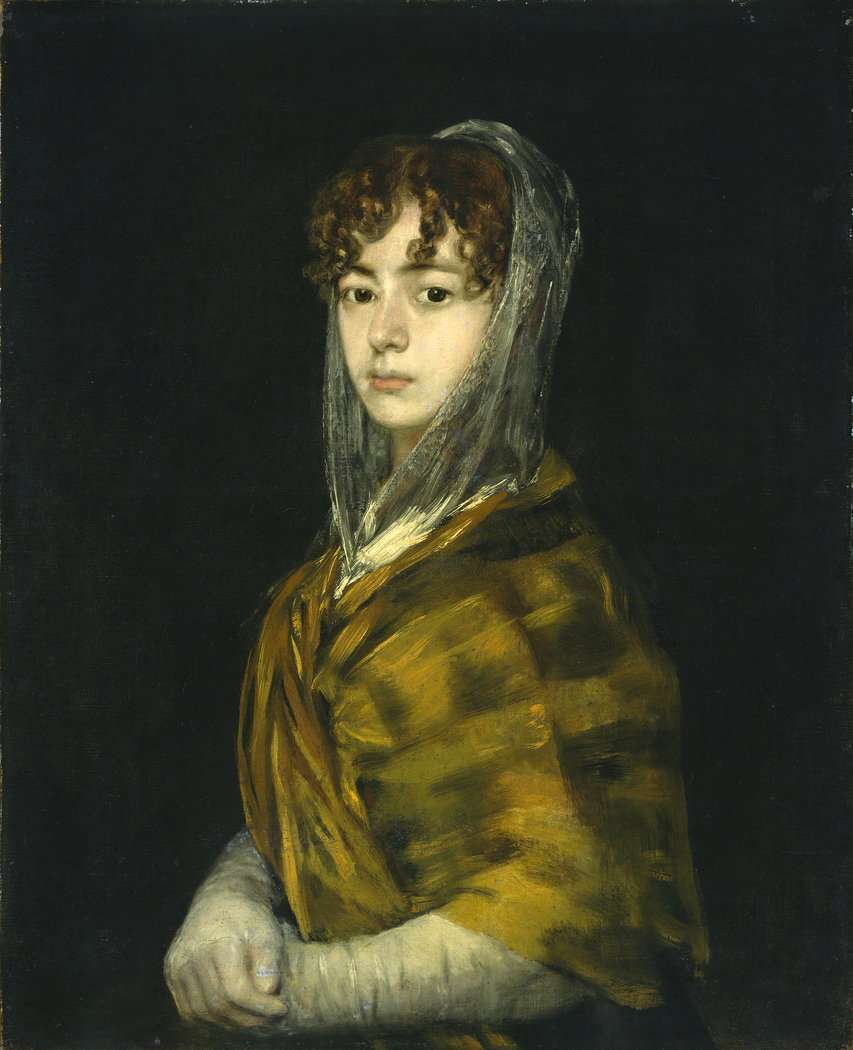 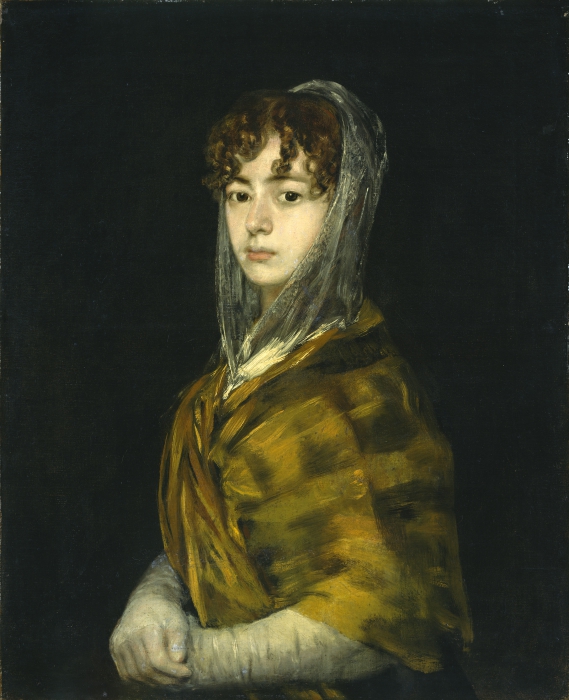 1811
The years between Goya's appointment as first painter to the court of Charles IV and the Napoleonic invasion of 1808 were a time of great activity and financial security for the artist. He painted some of his finest portraits at that time, Señora Sabasa García and several others in the National Gallery's collection among them.

In contrast with his earlier work --#The Marquesa de Pontejos, for example -- Goya dispensed with the setting entirely and treated the costume much more impressionistically. Eliminating unessential details, he gave life to the figure with the greatest technical economy, his vibrant brushwork merely suggesting the gossamer qualities of the señora's mantilla rather than defining its details.

Señora Sabasa García was the niece of Evaristo Pérez de Castro, Spain's minister of foreign affairs, for whom Goya was painting an official portrait when, according to a perhaps legendary anecdote, the young woman appeared. The artist, struck by her beauty, stopped work and asked permission to paint her portrait. With images like this, spotlighting the restrained fire and beauty of the subject, Goya created the visual vocabulary that embodies the words "Spanish beauty," just as his earlier tapestry cartoons and genre paintings of popular pastimes distilled the essence of Spanish life. 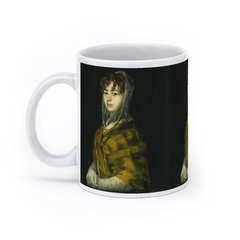