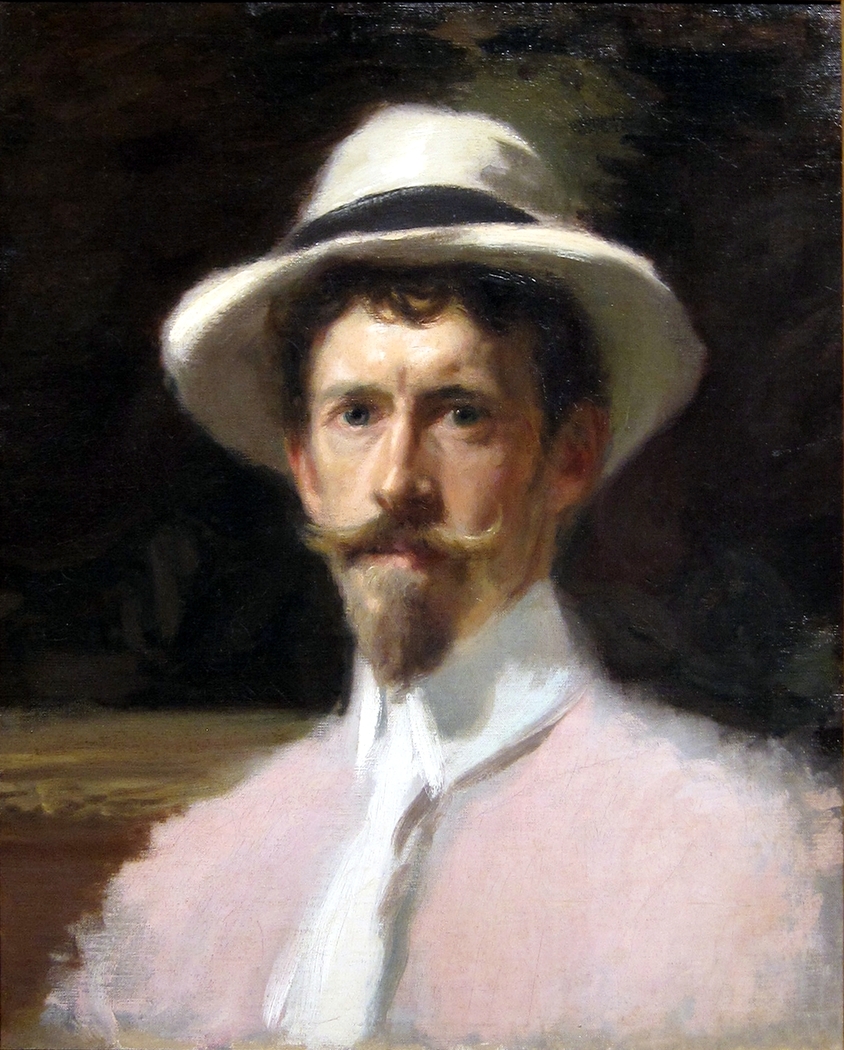 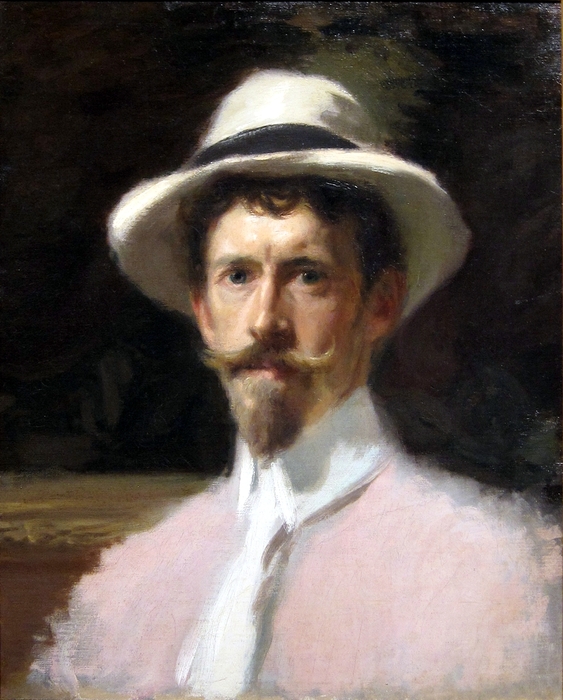 1898 - 1906
Around 1898 Frederick W. MacMonnies suddenly abandoned his successful career as a sculptor to take up painting, but a lack of commercial success ultimately forced him to quit the medium in about 1906. At least nine self-portraits from this period are known. While in several of these MacMonnies holds a palette and brush, here he does not identify as an artist. Rather he portrayed himself as a gentleman of leisure, dressed and ready to attend a casual gathering. Part of a group of expatriate American artists living and working in Paris and Giverny, MacMonnies drew inspiration from the Old Masters, especially in the lighting and modeling of the figure, and from the Impressionists, whose loose brushwork and high-keyed colors likewise inform the composition. (Source: Art Institute of Chicago)

Notes from the contributor:
Frederick MacMonnies abruptly gave up a successful career as a sculptor to take up painting around 1898, but his lack of commerical success in the venture ultimately forced him to abandon it around 1906. At least eight self-portraits are known; although none is signed or dated, they all likely originate from this period. While in several of these MacMonnies holds a palette and brush, he is not identified as an artist in this painting. Portrayed more as a gentleman of leisure, he appears ready to depart to attend a casual gathering. Part of a group of expatriate American artists living in Giverny, France, MacMonnies drew inspiration from his well-known neighbor, Claude Monet, and the broken brushwork and bold lighting of this painting show its affinity with Impressionism.